Don’t call a bouncer in Midtown a ‘faggot’ 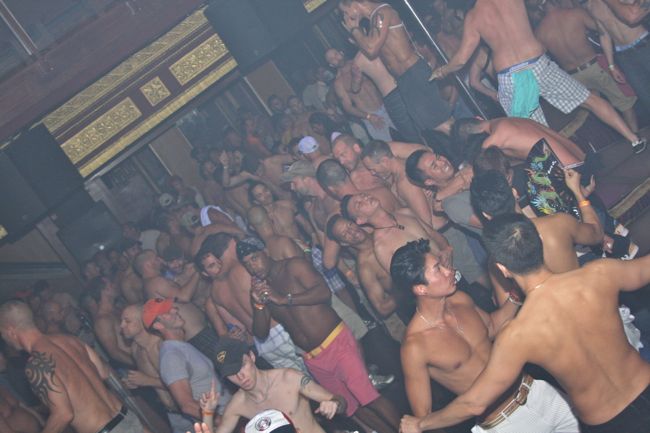 Atlanta cab drivers shouldn’t do it. Pro jocks shouldn’t do it. Reality TV stars shouldn’t do it. And we’ve said this before and you didn’t listen, so here we go again: It’s never a good idea to call a Midtown bouncer a “faggot.” Or talk about ass. But that’s just what happened when a dude who’s old enough to know better – this Fayetteville guy is 27 – was walking with his buds along Crescent Avenue in Midtown earlier this month. When they passed by the gay-friendly Opera – which hosts gay parties with hunks like this – he exchanged some words with a club security guard. Heated words. Offensive words. And talk of ass. The bouncer tells it like this. He heard Fayetteville dude offer up this pithy greeting as he walked by, “All you employees at Opera are faggots.” Some more dialogue took place and then Fayetteville dude closed with this: He can’t wait to see the bouncer’s “white ass in jail.” Fayetteville dude tells it like this: While he and his wingmen were walking along Crescent, he got into a heated exchange of words with the bouncer. That exchange prompted this: The bouncer calling dude a “faggot” and hoping that he sees his “black ass in jail.” To sum up: Words were exchanged. “Faggot” was liberally applied. Threats were offered. An off-duty Atlanta cop working security at Opera listened patiently to both sides, detailed it in an incident report and arrested no one. This item was taken from an incident report filed with the Atlanta Police Department on July 11.