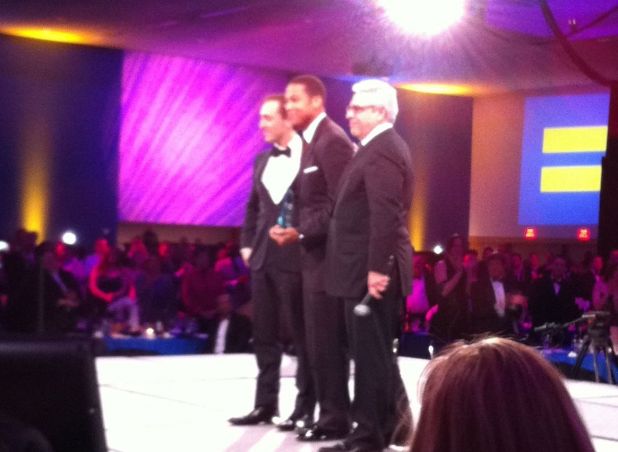 HRC Carolina is still riding a bit of a gala high from its annual dinner in Charlotte, N.C. last weekend and the big love traded between their guests and gay Atlanta’s own Don Lemon.

The CNN anchor got this year’s Visibility Award from the group, something attendees were tweeting up a storm about during the Feb. 25 event, including a candid twitpic by Carol Hardison as it happened (top photo). 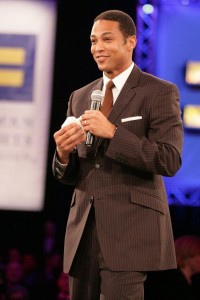 Here are just a few examples of the experience from first-handers who were as busy tapping away at their smartphones as soaking up Lemon’s acceptance speech:

Nicole W.
One of those nights that’s an extraordinary amount of fun at @hrcncgala. Love knows no boundaries. End of story.

Campus Pride
Ahhh @donlemoncnn kissed his boyfriend at @hrcncgala; nothing wrong with being gay xo

Besides the encouraging words and deeds, Lemon returned the twitter love a couple of days later with yet another photo (bottom photo):