Dolly Parton brings love for her gays to Atlanta 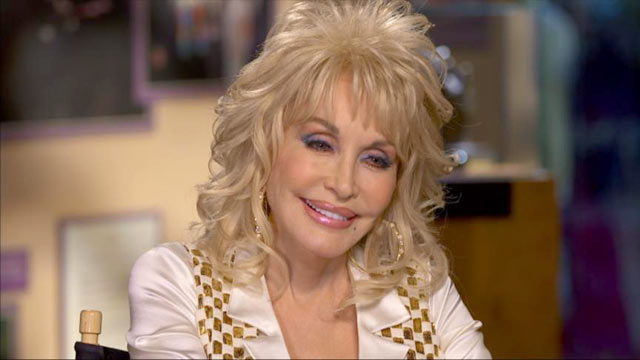 Just when you thought you’d simmer down about Dolly Parton reiterating her long held support of gay marriage, we’ll be gall-danged if that little firecracker didn’t come to metro Atlanta and reiterate that love all over again.

On Wednesday, the diminutive dynamo was in town doing what she does so well, holding court for reporters with quotable bon mots and generally being too lovable to ignore. That includes gettin' down to reiteratin' that reiteration.

Days before the Atlanta visit, Parton made headlines and lifted gay hearts with her marriage support. She repeated to the Marietta Daily Journal what she has said many times and long before other folks were joining her chorus: Gay folks deserve to be miserable like the rest of married people.

“I answer what people ask me, and when they asked me about that I just said, ‘I think people should be allowed to be who they are.’ We love who we love, and I made my joke about, well, why shouldn’t they be able to get married? Why shouldn’t they suffer like us heterosexuals, or heterosexual marriages do? So I just kind of play it off like that.

Amen, sister! And if Dolly says it, it must be true now, hear?

And how does she feel about Atlanta? Darlin', she is all about a trip down here through the years, whether visiting Jane Fonda or filming “A Joyful Noise” with Queen Latifah.

Love them! Love her! Any parting words for fans in the ATL? Honey, do not ever give up.

"It takes everything you've got, all the time," Parton said. "You can never let up. If you dream yourself into a corner you've got to come out fighting."