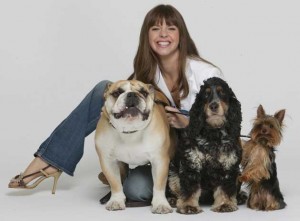 Fenuxe discovered the same with Stilwell (photo), who’s relocated to Atlanta with her husband and chocolate lab Sadie, and talked with her as part of its Aug. 12 Pet Issue. She’s the dog diva behind Animal Planet’s “It’s Me or the Dog,” a one-woman effort to tame the toughest of behavior-challenged dogs and their unhelpful owners.

New episodes regularly feature Atlanta families, including one now in repeats with Guiness and his two mommies.

Stillwell dished on the gays and their dog-handling abilities with Fenuxe. It seems we make better parents than straight folks, at least in some ways, so says the dog diva.

FENUXE: Have you had gay couples on the show before?

FENUXE: Do you notice any similarities or differences between gay pet owners and straight pet owners?

Stilwell: For me, I think maybe the gay couples tend to be better dog owners in some respects, because they just seem to give more time. I’ve noticed a little trend where they do make excellent dog owners because they take the time and effort to really understand and work with their dogs.

This is such a freaking judgmental world and it would be so much easier if everyone could just live how they wanted to live as long as they’re not hurting anybody, you know? That’s my attitude.