Do you want to see Vern Yip sweat? 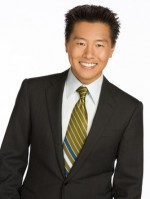 Gay Atlanta designer Vern Yip is back on HGTV, reprising his role as a judge for the fourth season of the network’s “Design Star” that premieres on Sunday.

He dishes on that role in an interview with the Atlanta Journal-Constitution and reveals that HGTV opted not to renew his show, “Deserving Design,” for a fifth season. Many of the show’s 54 episodes were shot in metro Atlanta.

But he’s looking forward to the start of the “Design Star” competition.

Yip, the only person who has been a judge all four seasons, is genuinely excited about this year’s crew of contestants.

“We attracted a really high caliber of talent, people who have won national design awards, people who have started their own furniture lines,” he said. “One has worked with the top photographers in the business including Annie Liebovitz.”

But do you want to see Yip sweat? You’ll have the chance — also this Sunday — as he appears on HGTV’s silly “Showdown,” which is otherwise known as filler during the slow summer months of television. It’s basically an hour-long promo for the network’s stars (and gays) such as Yip, beefy David Bromstad and John Gidding.

The show gives two celebrity judges two existing identical spaces and a mere six hours to redo that space. Against Angelo Surmelis, Yip has to renovate a kitchen — in six hours.

“If you want to see me sweat,” Yip said, “I am really sweating!”