Do gay rights say ‘There Goes the Gayborhood?’ 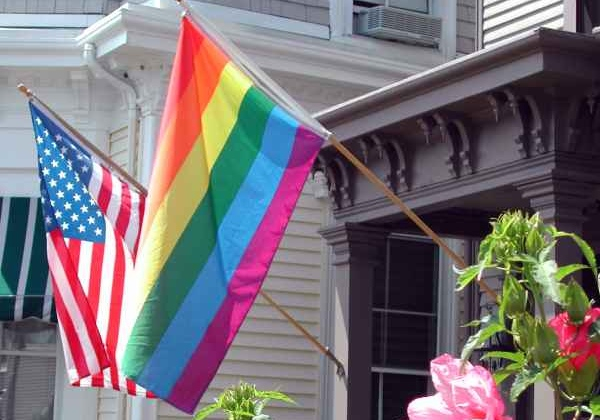 You already know gay men and lesbians are leaving gay neighborhoods and that the price of assimilation may be the loss of gay culture. Now a sociologist looks at where we’re going and what we leave behind.

Unless you were living under a rock for 20 years, you’ve heard former intown residents complain that they cleaned up the place only to be pushed out by high prices. Even if there are greater forces at work, you’ve also seen former gay enclaves across the U.S. – think the Castro, Chelsea, Greenwich Village, Boystown, Midtown Atlanta and Montrose in Houston – gentrify as gay rights and straight acceptance slowly turn the tide on the LGBT rights movement.

Sociologist Amin Ghaziani measured the flight phenomenon in the last 10 years. He reveals all in a new book that asks, “There Goes the Gayborhood?” It covers some well-tread cause-and-effect ground but also includes other findngs that may come as a surprise.

The study found the number of gay men who live in gay enclaves has declined 8 percent while the number of lesbians has dropped 13 percent. …

The study also identifies new demographic trends, including unexpected clusters of same-sex parents around desirable schools in traditionally straight neighborhoods and the emergence of districts for LGBT people of color. The findings also show that same-sex households exist in a record-high 93 percent of U.S. counties.

So we're gaying up “straight” neighborhoods even as they “straigthen” ours. We knew about some of Atlanta’s gay sprawl, and we told you about Atlanta’s gayest county for African Americans. But you read that right: desirable schools are the biggest gay draw. Now that you don’t have to live on a street festooned with rainbow flags to safely hold your partner’s hand, emerging marriage equality and an increasing number of gay parents send more gay people out to live that particular suburban dream with white picket fences and PTA meetings.

Which is all well and good, unless it bothers you that spreading out dilutes our voting power at a time when the rights fight is still far from over.

Ghaziani says the greater desirability of these city districts among heterosexuals and increased same-sex couple mobility mark a crucial advance in the gay rights movement. However, he cautions that further “de-gaying” of these areas could produce a loss of cultural identity and voting power for the LGBT community.

Watch Ghaziani’s video preview, then maybe start a conversation about the prices of equality, whether gay culture is worth saving, and if so, how?