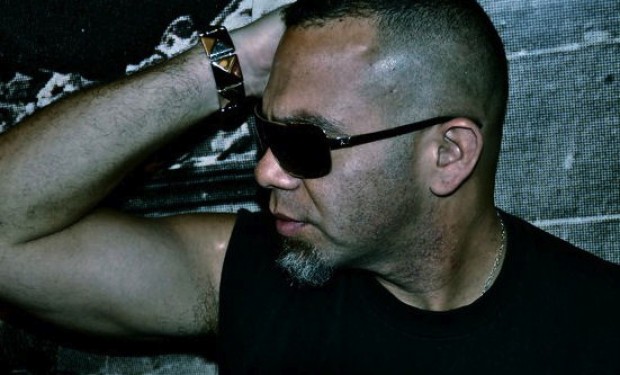 Pumping his beats around the world, international DJ Sin Morera spins Atlanta on Friday to kick off the Peach Party series, a four-venue-five-DJ return of gay dance circuit weekends gone by.

More than a year after his last local gig, Morera gets the Peach Party started at Heretic on Friday. The weekend continues Saturday with DJ Paulo at Jungle by night, DJs Corey D and Mickey Friedmann at Opera by day and – for those who really want to revisit the dance circuit heyday and pack their sunglasses — DJ Abel at Xion at 3 a.m. until sunlight Sunday morning.

That’s right. The singular-sounding Peach Party actually makes up four of the best gay things to do in Atlanta this weekend.

If you’re asking, “Who is Sin Morera?” you reveal your youth. Of course, you’re also showing your age if you’re nodding along while reading but are foggy on the details of Morera’s magic because your dance hall days (daze?) are long gone. However old you are, here’s a primer on the DJ to get you up to speed.

Decades after honing his skills at New York’s legendary Limelight under the tutelage of such gay greats as Junior Vasquez, Morera has lived and worked in places like China, Singapore and Italy. These days, he spins such internationally known juggernaut parties as Vienna’s celebrity-filled Life Ball in Vienna. “I love traveling, it’s always been my dream,” he says. “I’ve been blessed with doing what I love, writing, DJ’ing, singing…”

When he’s not bookending live sets across the globe, Morera spends his “downtime” mixing music for huge names, including most recently the all-JLo, no-Pitbull version of this year’s “On the Floor” track. Listen below to Morera’s Underground Club Mix. In short, Morera gives staying busy a whole new meaning. As if that wasn’t enough, he writes music and sings as well. “It’s been a little crazy,” Morera admits.

Step away from the computer.

With his own Digital Era Music label, at first it sounds ironic that Morera for the most part shuns computer-aided remixes. He did finally break down and get into digital turntables but would never use a “press a button, you’re a DJ” program, he says.

“At heart, I’m a wax man,” Morera continues. “I’m not saying I won’t ever do it, but I was schooled watching guys like David Morales at Red Zone and Frankie Knuckles at Sound Factory Bar. And of course my mentor/therapist/collaborator/friend Mr. Junior Vasquez down on West 27th Street. It takes a certain skill to keep multiple discs going all at once and make it work.”

Only one year went by in the last two decades that Morera was off the musical market. It was 2010, and he doesn’t like to talk about it. But he learned a lot, came out of it stronger and brings his mended heart and lessons to his current work.

“Only you can change what’s wrong in your life,” he says of his self-imposed exile and the lessons he learned while there. “People complain about this and that, but do something about it. Only you have the power to change it. Follow your dreams, travel the world, see another city, do something for someone else.”

As much as he’s matured and grown, Morera is still guilty as “Sin.”