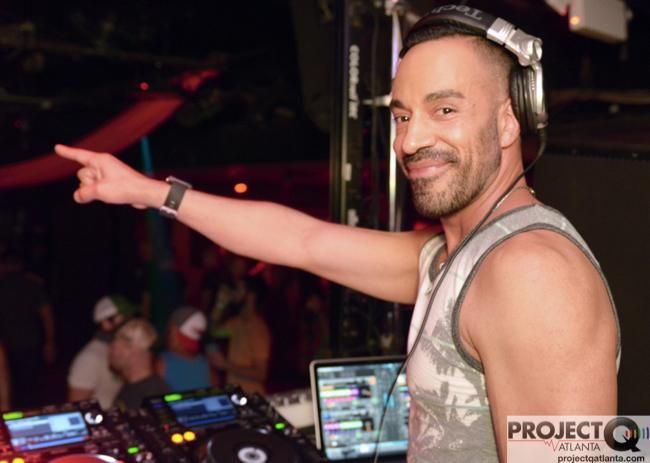 A longtime disconnect between Atlanta Pride and the city’s LGBTQ bars takes a crucial first step toward being bridged with Saturday’s Stride Into Pride Warm-Up Party, hosted by Heretic and Atlanta Pride Committee.

It is believed to be the first such Atlanta Pride-sponsored event held in one of the city’s LGBTQ bars.

Heretic General Manager Alan Collins said the disconnect between the two has been there “as long as I can remember.”

“Made no sense at all,” he told Project Q Atlanta.

It’s part of an overall goal by the Atlanta Pride Committee — driven by community feedback — to increase the number of official parties leading up to Pride weekend Oct. 12-14.

“I think there’s a lot of talk that’s gone around about why bars are important institutions in queer communities,” said Jamie Fergerson, Atlanta Pride Committee executive director. “And part of that’s because for a long time, those have been the only safe spaces we’ve had.”

Collins approached Fergerson about collaborating on an event that would act as a fundraiser for Atlanta Pride, and the two came to fast agreement.

“By the end of my first conversation with [Fergerson], we had a solid plan to bridge the gap not only between Heretic and Pride, but also between events produced by Keith Young at Xion, Opera and District,” Collins said.

But first up, it’s Stride Into Pride on Saturday night.

“We were so fortunate to be able to sign one of the best DJs out there — Roland Belmares (top photo) — who is a perfect fit for this event,” Collins said. “We are so lucky in Atlanta to have this amazing Pride celebration, but unfortunately, many take it for granted and have no idea how much time, effort and money it takes to make it happen.”

All proceeds from the event will go to Atlanta Pride.

Fergerson said the Atlanta Pride Committee will continue to take feedback as it makes programming decisions on the approximately 60 events the committee puts on throughout the year.

“We really try to do some social events, some educational events, some events that are about well-being or history or culture,” she said. “And we really think that all of those are important for a well-rounded offering.”

“It is something that I think is meaningful to people to have a place where they can just have a good time,” she added.