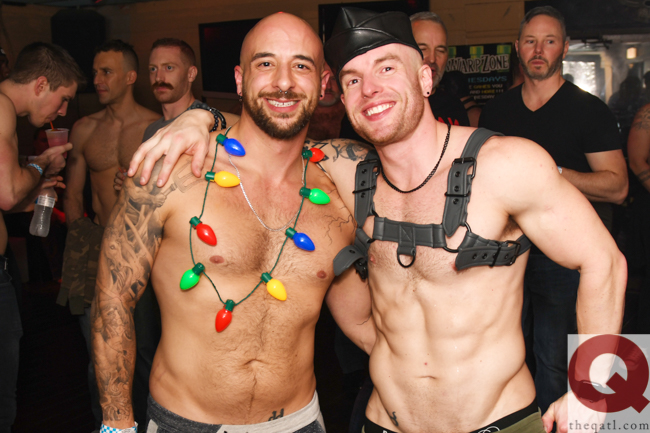 In an ever-changing landscape for local queer nightlife and revolving doors for gay dancing queens, one Atlanta gay bar stands the test of time.

When Heretic turns 27 this weekend, it’s due to an adaptability, an inclusive roster of events, and a welcoming attitude no matter what shifts and trends come and go.

Just ask Alan Collins, general manager of the club for over a decade.

“We’ve evolved from being a strictly leather bar to this kind of ‘melting pot’ venue,” Collins tells Q. “Trying different events, inviting promoters from different subcultures within our community to host events here, has brought thousands of gay people through our doors who had never stepped foot in Heretic.”

“I’m always looking for that ‘next’ idea that’s gonna pack the place out,” he adds, citing just a few party crews from Heretic’s array, from Wussy and Ritual to Saturnalia, from Daddy Issues and DILF to Bearracuda.

The club has had to stay on its toes, because gay nightlife was a completely different animal when Bev Cook opened the doors at Heretic in 1991. Being queer itself was different then too, Collins asserts.

“We didn’t have the internet, or the hook-up apps,” he says. “Your options to meet other gay people were limited, and the best option was going to a gay bar. Now you have to give people other reasons to come out.”

Just one of those reasons is Heretic's stable of DJ-producers that keep the booties bouncing. At the top of the list is Joe Gauthreaux, a legend on the international scene who heads up the anniversary party on Saturday.

“I first worked with Joe around 10 years ago, and honestly I was surprised to get him because he’s such a big name in the circuit, and at that time, we weren’t known for our circuit parties,” Collins remembers

Signing Gauthreaux back then was the start of a lasting friendship and partnership.

“When Joe spins at Heretic, he brings his A Game,” Collins promises. “Yes, we’re a smaller venue than he’s used to, but he doesn’t hold back. He plays just like he’s play for an event with 2,000 people.”

Making magic and connections like that is what spurs on Collins and his partner, Heretic owner Ray Collins.

“I’m so proud to have the opportunity to serve this amazing community,” Alan Collins says. “Our customers are the heartbeat of our existence, and they’re the reason I get out of bed every day, the reason I keep challenging myself to raise the bar, to make the next event even better than the last, because the best customers in the world deserve it.”

As for those consistent rumors that Heretic is closing? Yeah… no.

“We’ve watched as so many of our peers opened and closed their doors, wondering if we’d be next,” Collins says. “But for the record, the rumors of Heretic closing are not true. I just signed a new lease and we ain’t going nowhere!”

This interview originally ran in Q magazine. Read the full issue below.