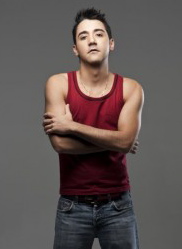 It’s been a while since Carioca Productions brought almost-weekly parties to Atlanta, but Saturday’s appearance at Jungle by DJ Isaac Escalante (photos) gives us a taste of what we’ve been missing.

When Fernando Jardim went home to Miami for other pursuits a couple of years ago, he left a legacy of parties we won’t soon forget. The hole in our nightlife is so deeply felt because Jardim’s Carioca parties not only brought the usual traveling DJs to Atlanta with regularity, but often introduced us to world-renowned names gracing our city for the first time.

It is with great relief and excitement that we report Carioca’s return and the Atlanta debut of Mexico City’s No. 1 gay club DJ and producer, Isaac Escalante. The sexy young man with the driving House, Tribal and Electro mixes is becoming one of the world’s hottest tickets right now, from Montreal to Rio de Janeiro, from New York to Sao Paulo, from Toronto to Bogota, and seemingly every hotspot in between.

Escalante’s unique style captures a different dance floor every weekend with a one-of-a-kind experience that quickly catapulted him to the top echelon of DJs from Latin America.

At just 16, which was too few years ago to mention, he became the “it” DJ to mix at private parties and fashion shows in his native Mexico City. He soon became the resident mixmaster at that city’s No. 1 party spot, Club Living. Thousands of revelers at one time pump to the beat of his music there. 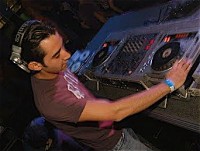 Now he’s conquering the world market, including Atlanta on Saturday at Jungle, where we get to taste his spice for ourselves. Welcome home, Fernando and Carioca! We’ve missed you.

Here’s a delicious bite of Escalante in action: