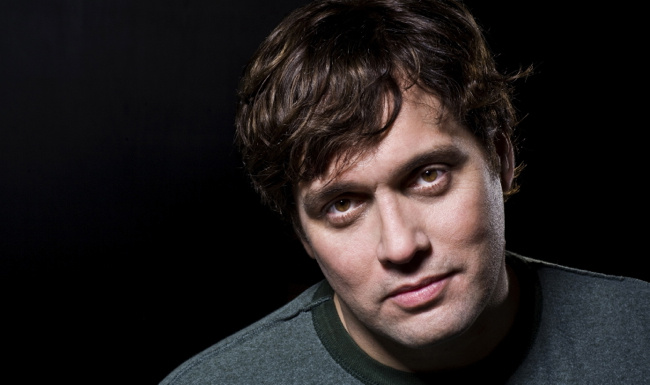 To prime our pumps for the big vocals backed by sick beats he plans to bring Atlanta on Saturday, producer Chris Cox talks about Atlanta’s gay partiers, new tracks and why Heretic is like a dirty booty call you can’t wait to answer.

Cox (photo) is no stranger to whipping gay Atlanta into a frenzy. He says our boys know how to keep up with him, and with his schedule, that’s no easy feat.

The Billboard topping, Grammy nominated remix wonder is sought after by some of the biggest names and biggest voices in music. Both in his solo work and as the straight half of the gay-favorite production team Thunderpuss, Cox has racked up 20 years worth of hot hit remixes for some of the first-name-basis divas that gay dancing queens love: Janet, Rihanna, Whitney, Cher, Madonna, Christina and Britney, to name just a few.

And he’s still hard at work with no signs of stopping. Besides gigs all over the world and the “12 inches of Cox” radio show, he’s still in the studio working out your next favorite dance remixes. This weekend is so busy, he isn’t exactly sure exactly when he’ll sleep, but he says he’s up to the challenge.

He starts Friday in Chicago at the Market Days Hydrate party, flies to Atlanta for the Heretic gig on Saturday, and turns around to close out Market Days on Sunday. He wants some Atlanta barbecue somewhere in between. Here’s what else he tells us over the phone on his way to the Las Vegas airport.

What is it about Atlanta that keeps you coming back?
In all my years of going to clubs, Atlanta is one of the most intense party towns out there. I don’t know if it’s the heat or the humidity or what, but when they decide they’re going to go, they go hard down there. I really pick up on that energy and enjoy coming back there and seeing all the people I’ve met over the years.

Are there any new tracks you’ll be test-running at Heretic on Saturday?
I’ve been working on finishing my new single “Oh Mama Hey” featuring Crystal Waters on vocals. It’s based on a music track I did called “Oh Mama,” which I never thought was really finished and needed a vocal. Crystal nailed a fierce hook for it, and her input really made me rethink the whole thing, so it turned out to be a totally different whole new record. We’re just in the finishing stages of it now, and I’ll be testing out the extended mix. I’ve played it at a couple of parties so far, and the response has been great.

The last time we talked, you were expanding a Whitney tribute. Then another of your collaborators Donna Summer died. Are homages to them part of Saturday?
I’ve even done full-night Whitney tributes, but ever since her passing away, I have re-incorporated it back into my sets. It’s been a horrible year, and unfortunately I’ve gotten to revisit Donna Summer tributes too. It’s mixed emotions because there are these great songs you love, but you’re so fucking sad at the same time. I really have to play those with utmost respect to honor them and it’s glorious but it’s sometimes hard too. I’ve had tears in my eyes. Here’s to no more tributes this year.

Back in February, you played Jungle. Describe your relationship with Heretic, what it’s like to perform there and what makes it different?
What’s really cool about the two spaces is that both are friends and cool with each other. In a lot of cities, you play one place and won’t get booked anywhere else. In Atlanta, Jungle’s schedule was full, Heretic wanted me, and it was cool with everyone. They’re friends. It’s really cool because there’s enough people for both, so Atlanta is lucky. It’s also cool because I really like the guys at the Heretic. Alan and the guys there are all really nice, super nice, to me. So Heretic is kinda like the friendly girl next door that also has that super dark nasty side. She lets you do dirty things that you maybe couldn’t do with your supermodel girlfriend. So it’s really inviting and super friendly and kinda seedy at the same time, and I really like that.

What do you say to the queens who haven’t decided what they’re doing Saturday?
Come on, just get out and have some fun. Get off Grindr and the internet and come interact with other people. Don’t be a shut-in. It’s way better in public when everyone’s enjoying the same thing together. I’m gonna tear it up, and Atlanta is one of those cities that can keep up with me, so come out and tear it up with me.

Chris Cox spins Heretic on Saturday beginning at 10 p.m. The set is one of the very best of the best gay things to do in Atlanta this weekend.