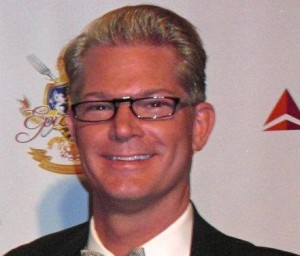 The Georgia Supreme Court on Monday disbarred a gay attorney who has represented David magazine and Southern Voice over allegations that he misused funds a client won in a lawsuit for his own personal use. Scott M. Herrmann (photo), an attorney who ran his own practice, failed to respond to an investigation by the State Bar of Georgia, which found probable cause that he violated rules of professional conduct in a case that dates back to 2006. The state bar recommended to the court that Herrmann be disbarred; the court did so on Monday. “Respondent's dishonest conduct has caused the complainant significant financial harm,” according to a notice of discipline filed with the court by the state bar. The investigation, launched after the former client detailed the allegations of misuse of funds in a grievance filed in 2011, found that Herrmann kept $30,000 from a legal settlement for his own personal use. Those funds, part of a $375,000 settlement, were supposed to be distributed to a third party. Herrmann also took two months to deliver a $300,000 payment from the funds to a bank. Herrmann also received $45,000 for legal fees in the case in which he represented a Michigan company in a lawsuit against a Georgia company. The former client had to hire another attorney to pursue the $300,000 transfer for two months. Herrmann avoided contact with the client, according to the grievance. In 2010, Herrmann represented the new owners of David magazine and Southern Voice when the assets of the media outlets were purchased in bankruptcy court. In March 20, 2010 threatened the GA Voice with a lawsuit as the newspaper’s first issue hit the stands over allegations that it wrongly used the Southern Voice name. In November 2010, Herrmann threatened to sue Project Q Atlanta over a story that detailed the accusations of a Southern Voice employee who resigned. In August 2011, Herrmann again threatened legal action against Project Q over comments by a former employee made on the website. David magazine, which changed owners again last July, said that it stopped using Herrmann as the magazine’s attorney in November. Southern Voice hasn't published since December 2010. Herrmann could not be reached for comment on Wednesday. The website for Herrmann’s law practice is no longer active. Atlanta lawyer Scott M. Herrmann disbarred