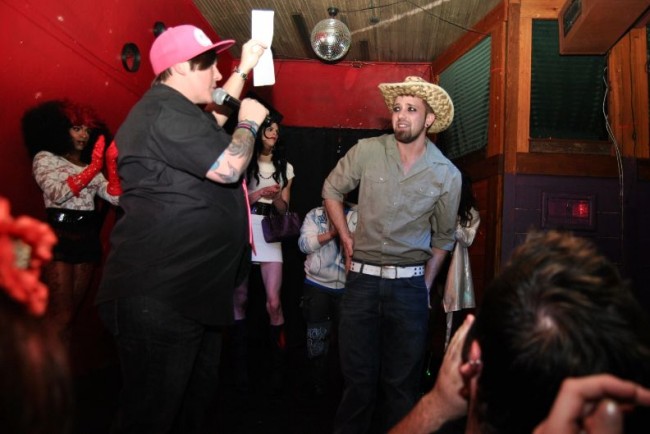 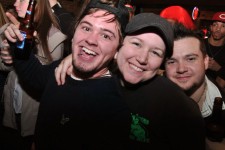 After months of heated competition, the finalists took the stage for the final showdown to see which king or queen would top them all to become the second Drag Race winner at My Sister’s Room.

Once a month since summer, Drag Race 2 determined an evening winner with a chance at Friday’s finale that featured guest judges Phoenix (bottom photo), Shaun Daniels and Owen McCord. In the end, Diego Wolf (top photo, right), a local favorite hailing from Athens, wowed the crowd and came out on top. For his troubles, Wolf won $500 and a booking contract at the club. 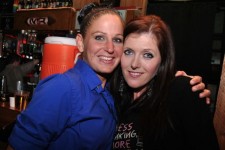 The East Atlanta lesbian nightspot whose ownership officially changed hands this month, packed them in over the weekend, not only with the drag contest on Friday but also a God-des and She performance on Saturday. On Monday, the new owners thanked their patrons via Facebook:

My Sisters Room would like to thanks the HUNDREDS of people that came to see us over the weekend!!

The sports bar and grill was a success and we are so excited for whats in store at My Sisters Room!!

Again we thank everyone for their love and support!! 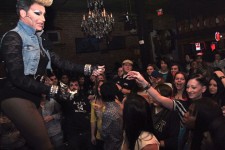 And of course, the fun has just begun at MSR. Co-owner Jamie Siden tells Project Q Atlanta that another round of heated competition is just around the corner.

“We have Raw Talent starting April 6 where kings, queens, dancers, femme, singers — all kinds of talents — compete for $1,000 in cash and prizes,” Siden says. “The winner is based on a ballot vote. It will be every other Friday.”

To enter the Raw Talent search with host Tiff-nay, contact Siden or partner Jen-Chase Daniels or e-mail them to sign up.