Did you see Adam Lambert in ATL last week? 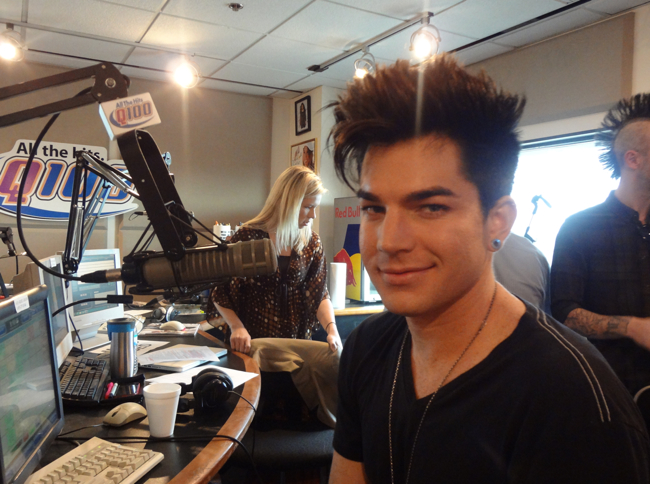 The Glam One was in Atlanta last week visiting Q100 and Ryan Seacrest’s media center at Children’s Hosptial of Atlanta. Did he make a Blake’s return for grown-up time after entertaining the kiddies? 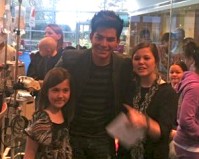 That's right. Adam Lambert was in town for promo appearances on Star94 on Q100’s “The Bert Show” Friday (top photo), where he did two acoustic numbers for his “Trespassing” album’s first single, “Better Than I Know Myself” and “What Do You Want From Me,” as well as an interview. Click the link to hear for yourself. While here, he graced his hosts at the W Buckhead with a performance at a Jezebel party and also stopped by the The Voice center at Children's Healthcare of Atlanta to meet some of the young patients (bottom photo) and talk about his childhood musical influences. The Voice is a broadcast media center at the hospital that was opened by the Ryan Seacrest Foundation. Unlike his last Atlanta stop, we weren’t inundated by reader tips that he was spotted at gay staple bar Blake’s and, of all things, the Pink Pony strip club. Did y’all see him? Get a pic with him? Let us know in the comments section below, and we’ll help you brag about it to the rest of gay Atlanta. Crusing on from here to continue his album tour, the next day he tweeted “Wham!” with this “Better Than I Know Myself” Robert Marvin Remix. Listen here: