Did you really steal tips from this drag queen? 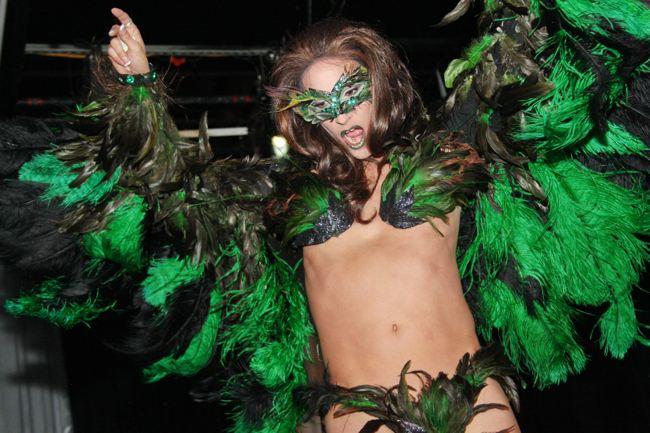 To the sad, pathetic person who stole money from Nicole Paige Brooks, the emcee, host, performer and bingo queen offers you this: "I will pray for u." Which is better than most would do. And surprisingly measured for Brooks, who is known to read you your rights during a show. On Friday, she performed at Blake's and hours later tweeted that her tip money went missing.

To the person who stole all my money last night. I know times are tough but get a job and make your own money. I will pray for u

Fans were not pleased.

@nicolepbrooks That sucks, but its cool karma is a ruthless bitch. — Matthew Tyler Saffle (@Saffle_fm) January 26, 2013

We reached to Brooks on Monday to learn more details of what happened. We'll update the post if she responds. Meanwhile, she appears to be doing OK and eating the sort of breakfast you might not suspect from the skinniest drag queen in Atlanta. And she's back at Blake's on Monday for a "RuPaul's Drag Race" watch party. Brooks competed on the show in Season 2. Don't fuck with drag queens. They slash and burn when crossed. UPDATE: Brooks tells Project Q Atlanta that the theft surprised her and was tough since "it was a good night" for tips. "Tips are where we make the majority of our money. Somebody needed it more than I do, obviously. I don't have hard feelings."