Did mom dump you, the boyfriend for Christmas? 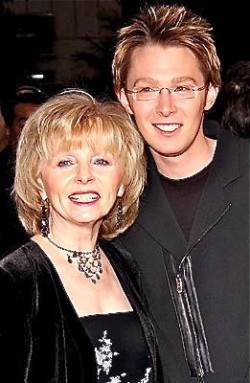 Today, I heard from a second friend that his mom refused to have him over for Christmas Eve dinner because he wanted to bring his boyfriend. On grounds that it’s against the Bible. On Christmas. Christmas!

What is the calculation in a mother’s mind that says, “I’d rather be apart from my child on Christmas than to meet the man he’s sharing his life with?” What could be so powerful that it would neutralize the bond between mother and child? By what balance of scales do you choose an abstraction (”The Bible says homosexuality is wrong”) over flesh and blood (your son). Especially when he’s in his early 20’s.

It is a testament to the power of fear, hatred and ignorance that it can keep mother from child on the holy days. It’s like religion creates a kind of maternal amnesia–”Son? What son?”

A close friend, who is deliriously happy in a committed relationship, wanted to bring his boyfriend home for the family’s traditional Christmas dinner. His boyfriend was not going home to his family so there was no way my friend was going to leave him alone on Christmas Eve.

Enter Mom. Or, rather, Exit Mom. He could come; but only alone. A condition she’d never impose on her other children. My friend stood his ground. He did not want to abandon his boyfriend on Chrismas Eve. So, instead, his mother abandoned him.

Why are parents so willing to pick the church over their child?

Is your mom “Proud of Your Boy,” like Clay Aiken’s mom, Faye Parker? (photo) Or did she dump you — and the boyfriend — for the holidays? Leave us a comment and let us know.