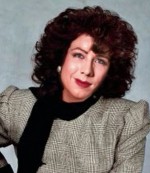 If you think you’ve seen Process Theatre’s all-male take on “Designing Women,” you’re in for a treat. The sell-out show returns Thursday through Saturday with the best of the February staging plus new material and a few other sweet-as-pie twists.

And if you were the queen sitting quietly while your friends talked about seeing it, your chance to forgive yourself comes on Thursday, Friday and two performances on Saturday at Onstage Atlanta. Worse, if you were under a rock for the winter and have no idea what’s up, here’s the quick scoop:

The gang at Process Theatre Company puts its men in drag in the roles of the popular characters for “Designing Women Live”—a stage show featuring actual scripts from the TV show. After 2009’s successful “The Golden Girls Live” fundraiser for AID Atlanta, the male cast stays in dresses, only as a different set of iconic female characters to benefit Onstage. They send up two episodes of the TV series, each serving as one act of the live show. 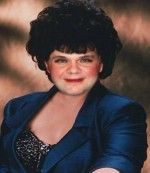 Julia, Suzanne, Mary Jo and Charlene made a splash in gay Atlanta in February—right down to the dated period clothes and unmistakable mannerisms. This time, they retain Topher Payne as Julia (top photo), DeWayne Morgan as Suzanne (second photo) and Joey Ellington as Charlene, picking up Johnny Drago as Mary Jo. Actor Greg Morris, who played Mary Jo the first time, has since flown the Atlanta coop for L.A.

That’s because Jill Hames is back as kooky series regular Bernice Clifton. Hames, who stole the show in “Grey Gardens” last winter, damn near stole “Designing Women,” too, with her eerily accurate portrayal of the eccentric Bernice.

For the uninitiated, the cast also weaves some classic moments from other “Designing Women” episodes into the stage script, so the patched-in “Best Of” monologues and one-liners make the material extra fresh.

Perhaps most noteworthy, Payne incorporates Julia’s famous “The Night the Lights Went Out in Georgia” monologue into the act.

“It’s so loved and well known, especially in Atlanta,” Payne told us in February. “I have never felt such an obligation to get every word and inflection perfect.”

The speech closed the show back in February, but this time, it ends the first act.

“Imagine everyone getting a glass of wine and talking about it during intermission this time,” Payne says on the eve of the summer staging. “Don’t worry, ‘Tornado Watch’ has a hell of a finish, too.”

“What’s not to love,” Morgan told Project Q Atlanta during the first showing. “You have an ex beauty queen that all gay men can relate to, as well as a Joan Crawford like character in Julia. These four women are just the greatest combination. And the fashions are great.”

Do we need to make it gayer for you? Did the television show have relevance to gay men? Read what our columnist Buck Cooke had to say last year upon part of the TV show hitting DVD–even without a local drag stage show–about its lasting impression on him.

Online tickets are available, or call 404-245-4205. And hurry, the winter performances sold out. UPDATE: As of Thursday morning, 10 tickets were left for the Thursday and Friday shows, and only 2 for Saturday, so the producer added Saturday’s 10:30 p.m. performance. Told you.