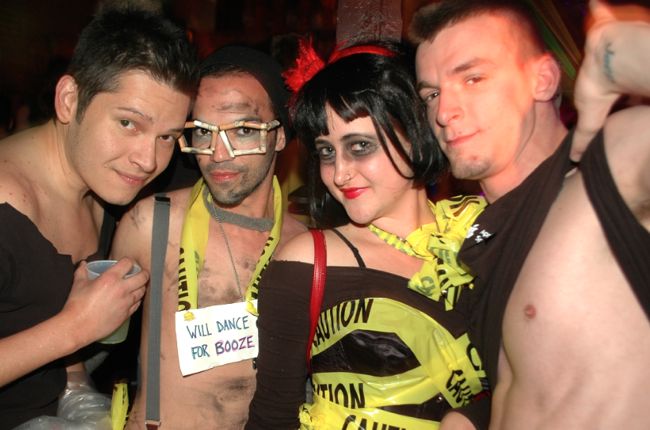 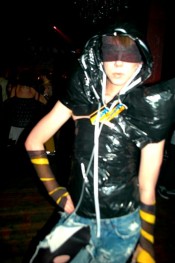 What a difference a controversy makes. The monthly Bedlam party packed My Sisters’ Room like never before with a Derelicte theme — “homeless chic” costumes a la the movie “Zoolander” — despite a healthy dose of flack from critics of the premise.

The big gay stink began the day before the party started when critics caught wind of the party theme and took to the event’s Facebook invite with comments deriding the promoters and the venue for its insensitivity to the plight of the homeless.

The whole mess didn’t dissuade Bedlam partiers from showing up in droves wearing costumes made from trash bags, security tape and random items one might find in a dumpster. In fact, it was one of Bedlam’s better attended events, which strive for original, if sometimes politically incorrect, monthly themes.

“I understand where the comments and the people are coming from, and I’m sorry this offended them, but it’s a little surprising that something that’s supposed to be so all-inclusive has become an issue,” Bedlam promoter Barry Brandon told Project Q Atlanta before the event. “It’s just not who we are.”

During the Derelicte party, Brandon addressed the crowd and the controversy by explaining the promoters’ point of view further—that the theme makes fun of the fashion industry, not the homeless, and that it promotes a welcoming vibe for folks to create a fabulous look for little or no money.

In response to detractors, the organizers collected money during the event to benefit programs for the homeless in Atlanta.