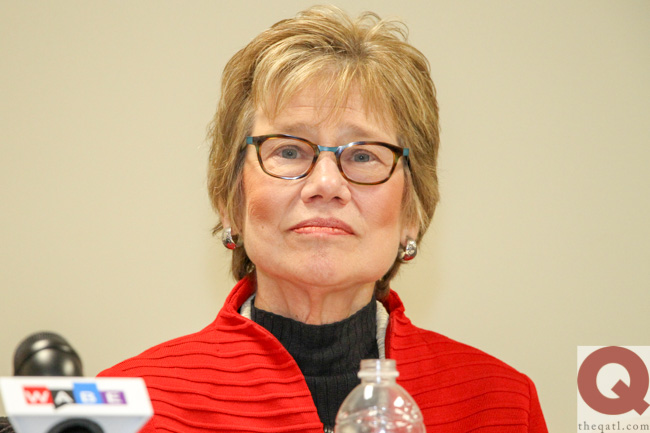 Health officials with the state and DeKalb County opened two clinics and hired additional staff to fight HIV, but needed an extension to spend all of the $1.5 million from a new federal initiative to end HIV.

The funds came from the U.S. Department of Health & Human Services, which in Julynamed DeKalb as one of four pilot sitesto jumpstart the federal initiative to end the HIV epidemic. The $1.5 million was split between the Georgia Department of Public Health, which received $595,000, and theDeKalb Board of Health, which received $905,000, according to a spokesperson for the state health department.

The agencies had until Dec. 31 to use the funds but failed to spend $355,000 of it, according to Nancy Nydam, communications director for the Georgia Department of Public Health. DeKalb had $235,000 left to spend, while the state had $120,000.

DeKalb didn't receive its funds until late July and didn't have enough time to spend the money,according to Eric Nickens, spokesperson for the DeKalb Board of Health. A “significant portion” of the unspent funds were allocated for salaries, he added.

“Recruiting and hiring for these positions could not begin until the funds were in place,” Nickens said. “We have to ensure that candidates are qualified for the position. We can’t just fill a position with an individual for the sake of spending funds.”

“The hiring process takes time, as care and treatment can be adversely impacted if this is not done properly,” he added.

In December, the state health department asked the Centers for Disease Control & Prevention for an extention through June to use the funds, Nydam said. That extension was granted on Jan. 17, and it gives the state and DeKalb until June 30 to spend the money, according to Nydam.

The extension allows health officials to build on what's already been accomplished with the new HIV funds, according to Kathleen Toomey (top photo), commissioner of the Georgia Department of Public Health.

“The approval to carry over unobligated funds will allow DeKalb County to build on the critical work begun over the last six months to End the HIV Epidemic,” she said in statement. “This includes identifying undiagnosed individuals with HIV, linking them to care and treatment, and preventing the spread of infection among individuals who are HIV negative through the use of PrEP.”

PrEP is the use of a once-a-day pill taken by HIV-negative people to reduce the risk of infection by up to 92 percent, according to the CDC.

DeKalb opened its first PrEP clinic in December with the funds, according to Nickens. It’s located in the T.O. Vinson Health Center in Decatur.

“While I am not able to provide an exact dollar amount, funds to get the clinic up and running were used for staffing, laboratory services and medical supplies,” Nickens said. “Since the clinic is within one of the DeKalb County Board of Health’s existing facilities, funds were not utilized for construction. Infrastructure was already in place to support the clinic.”

DeKalb also hired three community-based organizations to conduct rapid HIV and STD testing, link people to care and make PrEP referrals in areas of the county hit hardest by the epidemic, according to Nickens. The county also hired additional staff for HIV testing, education and PrEP referrals in high-risk populations.

The funds for DeKalb were also used to partner with the DeKalb Sheriff’s Office and Oakhurst Medical Center to conduct HIV testing and links to HIV care, according to Nickens. A media and marketing campaign was also launched to promote HIV testing and PrEP throughout the county.

The Georgia Department of Public Health directed $335,000 of its grant to Emory University to open the Center at 246, according to Jennifer Taussig, the center's director. The Center at 246 is a sexual health clinic that provides HIV testing and referrals to HIV services.

Cobb, DeKalb, Fulton and Gwinnett – which have some of the highest rates of new HIV infections in the U.S. –are targeted as part of the federal plan to end HIV/AIDS by 2030. Forty-eight counties in 19 states – plus seven states overall – are part of the plan.

Fulton failed to spend $8.7 million in HIV prevention funds granted by the CDC in 2015. The county health director later quit in the wake of the scandal.

Between, beside and beyond the binary come those people who identify outside the traditional male and female roles and expectations.
Read more
Load more
17,355FansLike
5,772FollowersFollow
7,596FollowersFollow