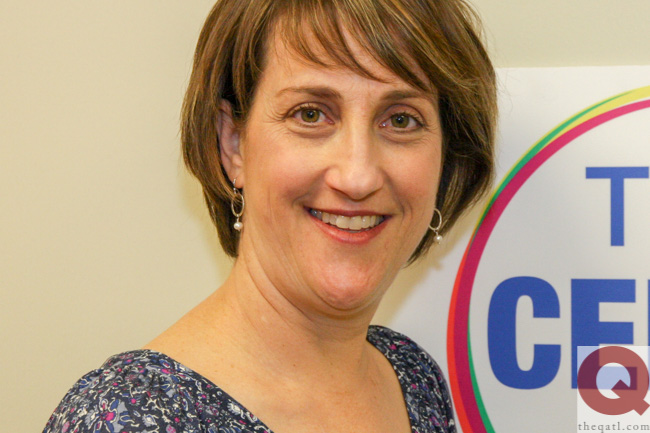 A new sex-positive health center that provides services for free opened in downtown Decatur as another tool to help DeKalb County battle the HIV epidemic.

The Center at 246 is the brainchild of Emory University epidemiologist Patrick Sullivan.

“We wanted to create a space for gay, bisexual and other MSM [men who have sex with men] and transgender people to access a full range of sexual health services in a place that is welcoming and supportive of all in our community,” Sullivan told Project Q Atlanta.

For DeKalb residents, the Center offers free HIV counseling and testing, sexually-transmitted infections testing, referrals to services for people who test positive, and PrEP or PEP initiation. PrEP is the once-a-day pill for HIV-negative people to reduce the risk of infection. PEP is the use of antiretroviral drugs after exposure to HIV to stop infection.

The goal was to open “a place where we can do some innovative stuff that’s not necessarily in a research context,” according to Center Director Jennifer Taussig.

The center’s staff set a goal of enrolling 10 people a month in PrEP, which Taussig (photo) said they’ve hit each month since opening in November. The center added online scheduling and STI testing in early January.

Center officials said they hope to add more innovative services in the future, like app-based appointment scheduling and test results. They want to deliver it all with a sex-positive message, said Marc Padilla, the Center’s recruitment coordinator.

“This is supposed to be a safe, secure space and nonjudgmental for any of us,” he said. “We just want you to be healthier. If you don’t use condoms all the time, then get tested more. There’s so many things you can do that can prevent or decrease the chances of contracting something.”

The Center’s funding was provided by the U.S. Department of Health & Human Services, which in July named DeKalb as one of four pilot sites to jumpstart the federal initiative to end the HIV epidemic.

The Georgia Department of Public Health directed $335,000 of a $1.5 million grant to Emory to open the Center, according to Taussig. The center has until June 30 to use the funding, and officials said they hope to have a new round of federal funding by then. The center is also seeking funding from other governmental and private sources.

Cobb, DeKalb, Fulton and Gwinnett – which have some of the highest rates of new HIV infections in the U.S. – are targeted as part of the federal plan to end HIV/AIDS by 2030. Forty-eight counties in 19 states – plus seven states overall – are part of the plan.