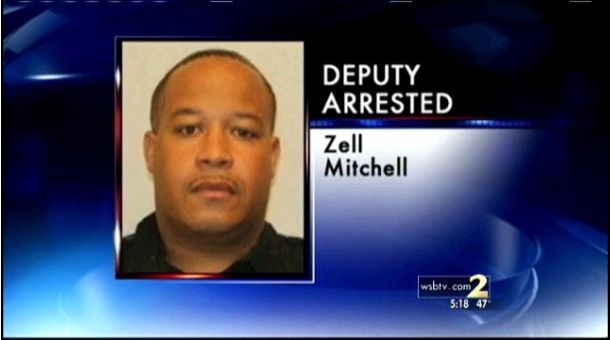 The DeKalb County Sheriff’s Office arrested Mitchell, 42, on Thursday after another inmate at the county jail where he worked tipped off investigators. Spurned lover? Maybe, maybe not.

But this sort of carnal, though consensual, fraternization is frowned upon, according to WSB.

Investigators from the Office of Professional Standards said the sex acts were done in exchange for food and other contraband items Mitchell would obtain for the inmate.

The inmate said he was not forced into the sex acts.

Investigators were tipped off to the incidents when another inmate discovered what was going on and reported it.

Mitchell has been charged with sexual assault on a person in custody, public indecency and violation of oath of office.

And he got fired. Maybe he can share a cell with former prison doc Lewis Jackson. Or Duone Clark.