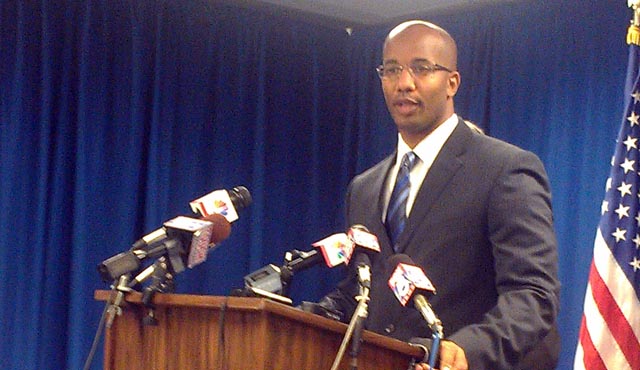 Three metro Atlanta men now face the death penalty for the brutal killing of a man they believed to be gay during a gang initiation in January. DeKalb County District Attorney Robert James (photo) said on Monday that he’ll seek the death penalty against Darrius Aderhold, Christopher Foreman and Jonathan Ray for the Jan. 8 killing of Robert Ross, according to the Daily Report.

“These three individuals brutally beat, disfigured and killed Ross as part of gang initiation into the Bloods and because they perceived him to be a gay male,” James said in a statement. “This act was senseless and horrible. They took the life of Mr. Ross in a cold and calculated manner. We will hold them accountable.”

The three men were indicted in March for allegedly attacking Ross with a chair leg, fracturing his skull, beating him and stealing his jewelry, clothing and car. They are each charged with 22 felonies. Photo via Fox 5