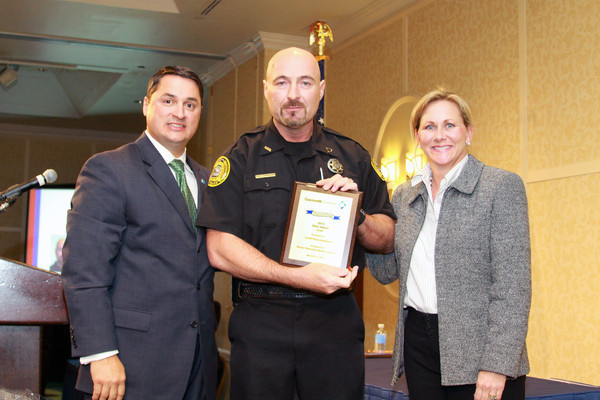 A veteran, award-winning gay cop in Duluth says he won't accept a nearly $21,000 offer to settle his federal complaint that he was the target of anti-gay jokes and remarks by fellow officers.

The Duluth City Council OK'd the settlement on Monday to put to rest Officer Bobby Johnson's complaint with the Equal Employment Opportunity Commission that he faced anti-gay discrimination during his eight-year career with the the suburban metro Atlanta area city's police department. Johnson tells Gwinnett Patch that he won't take the money.

Johnson said he is not dropping the EEOC complaint. The amount offered by the city “is not enough to make up for the pain and suffering I've experienced,” Johnson said.

“I've worked hard and done a lot for the department,” Johnson said. He also claimed he was passed over for promotion to corporal.

A city attorney says the EEOC has yet to investigate the case, but city officials made the offer to let Johnson “go on his way.” Their settlement would also force Johnson, a decorated officer, to resign, never again work for Duluth and dismiss any current or future complaints.

Johnson joined Duluth police in 2005 and has received several awards:

The Gwinnett Chamber of Commerce presented Johnson with a gold medal of valor in March 2011 for rescuing a baby from the window of a burning house in Duluth in November 2010. In another instance, he was cited for bravery for pulling a man from a burning vehicle.

MADD (Mothers Against Drunk Driving) honored him as a Police Officer of the Year. Johnson and another officer were recognized by the Georgia Governor's Office of Highway Safety as a top H.E.A.T Unit for writing the most DUI tickets. H.E.A.T. stands for Highway Enforcement of Aggressive Traffic.