Decatur pastor apologizes to lesbian his church once rejected 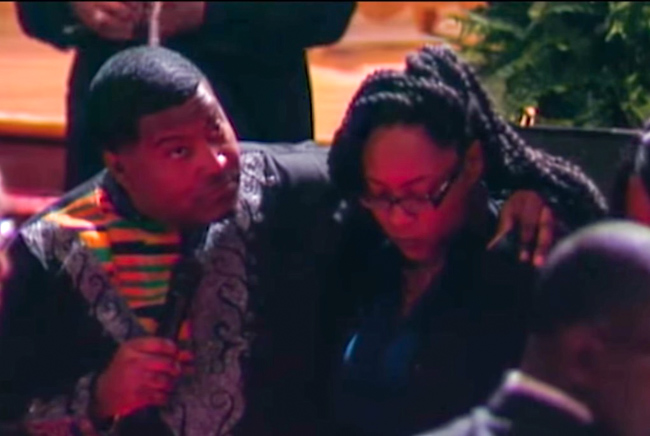 A megachurch pastor in Decatur publicly apologized to a lesbian for the church’s years-old refusal to bless her child, telling her, “You're just as welcome here as anybody else.”

E. Dewey Smith Jr. (top photo), senior pastor of the House of Hope Atlanta, made the apology on Sunday and the church shared it on YouTube. The Christian Post reported the story on Tuesday.

Smith said that in October 2014, his church’s staff refused to bless a child because the mother was married to another woman.

“Her family come here from Mississippi and I think Louisiana for the baby dedication and we decided that we wouldn't pray for the baby,” he said.

Smith said he wasn’t aware of the incident until receiving an email from the woman several months later. Smith discussed the incident recently with pastors in Dallas.

“I talked about mistakes that the church has made, mistakes I have made and things I wish I could do different,” he said. “I want you to know that I'm a pastor but I'm a man. I'm a human. And although we try to do the right thing, make the right decisions, sometimes we don't always do that.”

On Sunday, Smith stood with his arm around the unidentified woman — who was back at the church for the first time since the 2014 incident — and delivered an apology.

“Don't let the ignorance of people turn you against an all-loving God,” he said. “Paul says we see in part. We see through a glass darkly. We don't see the whole picture. We['re] humans and that's the first time me as a pastor has ever been in that position before. And the church is not mine — it's Jesus.'

In 2015, Smith grabbed headlines when he appeared to criticize the hypocrisy of some religious leaders who profit off gay members in their congregations while condemning them as nasty and demonizing. But days later, he made clear that he opposed same-sex marriage, was not an LGBT advocate and called himself a “proud heterosexual.”

View the full clip of Smith’s apology below.