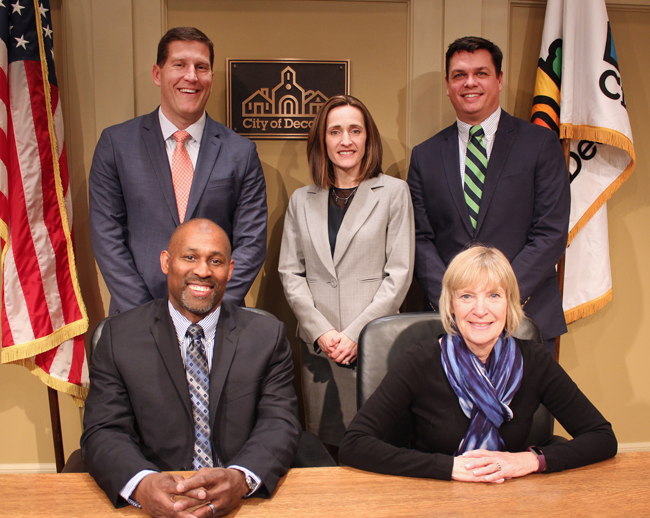 The Decatur City Commission discussed adopting a broad LGBTQ-inclusive nondiscrimination ordinance, which Mayor Patti Garrett called “something we should be proud to bring forward.”

City Manager Andrea Arnold presented a draft of the ordinance at a commission work session on Monday.

The commission plans to vote on the ordinance during its next meeting on Nov. 18. If it passes, Decatur will join Atlanta, Doraville, Clarkston, Chamblee and Dunwoody as the only cities in Georgia with such protections.

Decatur activist Clare Schexnyder called out city leaders in June for falling behind other cities in not adopting such protections. She said the city’s progressive reputation was “fading fast.”

City leaders addressed the criticism during Monday’s work session. Arnold said it would have been easy to just duplicate one of the other metro Atlanta cities’ ordinances.

“That’s not how we do things,” she said. “We wanted to make sure that the ordinance has been developed, it applies specifically to the City of Decatur and it represents what we really want to achieve. It just hasn’t happened as quickly as a lot of folks would have liked to have seen it.”

“It’s the most legally defensible ordinance that still achieves our goals,” she added.

“I think some found it frustrating that we weren’t the first or the second [city to adopt such an ordinance], but we wanted to make sure it was the right ordinance for Decatur and that it did what our charter requires,” she said. “It’s thorough, it spells things out, I think the definitions are great. It’s something we should be proud to bring forward.”

“It makes me feel better that it wasn’t something that we just threw out there and hoped it worked,” he said. “We really have crafted something that I hope will stand the test of time.”

Complaints filed under the ordinance will be decided on in the city’s court system. The other five cities with such ordinances address complaints using hearing officers instead.

“We already have this judicial system in place and we don’t need to set up a separate system with hearing officers,” Arnold said.

Offenders found guilty of discrimination under the ordinance would be fined $500 for a first offense and $1000 for subsequent offenses.