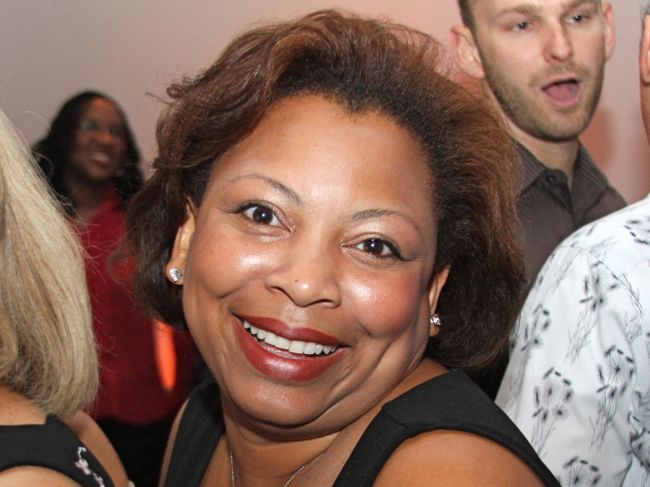 Cunningham rose to second-in-command of the burg on Monday when fellow commissioners shuffled their leadership team in the wake of longtime Mayor Bill Floyd’s resignation. Cunningham, the commission’s second-longest serving member, was elected mayor pro tem; its most veteran commissioner, Jim Baskett, was picked as mayor.

We lovingly tagged Cunningham as the Queen Dyke of Decatur when she won a fourth term on the city commission in 2011 with a whopping 98 percent of the vote. (It didn’t hurt that she ran unopposed.)

Cunningham is one of a handful of openly gay elected city officials in metro Atlanta. She made history in 1999 when she won her first term, becoming the first openly gay African American to be elected to public office in Georgia.

And in Cunningham’s typically low-wattage style, the shift from commissioner to mayor pro tem came without any palace intrigue. From Decatur Patch:

The meeting started at 7:30 p.m. and the process only took about two minutes. Kecia Cunningham nominated [Baskett] and Patti Garrett seconded. They and Fred Boykin voted in favor.

Cunningham was picked mayor pro tem by a 3-0 vote. Baskett nominated her and Boykin seconded the nomination.