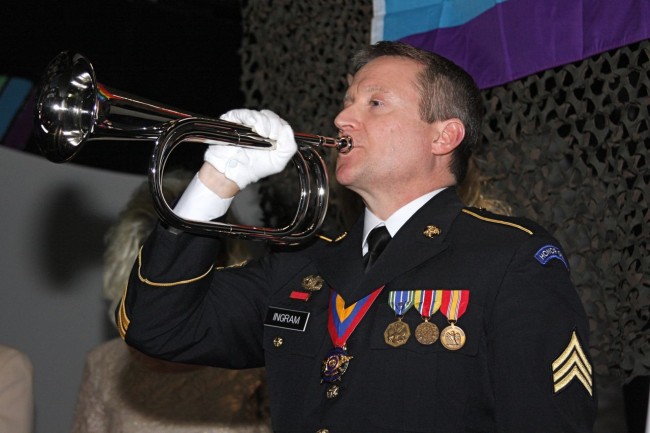 The debate over “Don’t Ask, Don’t Tell” explodes on Washington, D.C. Tuesday as military leaders are expected to unveil plans to abandon it. But for two Atlanta men, the military’s gay ban is personal.

Danny Ingram (top photo) — a gay veteran, Atlanta resident and former Army sergeant — was among the first to be discharged in 1994 under the miltary’s ban on gay service members. Last October, he was elected president of American Veterans For Equal Rights and now he’s speaking out on President Obama’s announcement last week that he would fulfill his campaign promise to allow openly gay men and women into the military.

“If you have a soldier who’s been wounded in combat, and you call for a medic, we don’t want that medic to not be there because the medic was kicked out of the military because he’s gay,” Ingram said.

Ingram says he hopes to see an end to the political fight over gays in the military — a fight that long outlasted his own military service some twenty years ago.

Jeff Cleghorn — a gay Atlanta attorney, Army veteran and board member of the Service Members Legal Defense Network — joined Ingram in speaking out about the ban.

Defense officials have said privately that the will to enforce the law is declining.

Another military official familiar with the discussion said some of the issues to be considered by the military include the cost of implementing a new policy, benefits for gay spouses, potential hate crimes, and even logistical questions such as the possible need to renovate barracks to separate straight and gay troops.

According to the official, separate housing or showers were not considered serious possibilities, but would be discussed in order to be ruled out.

The policy, implemented by President Clinton, bars openly gay, lesbian and bisexual individuals from serving in the U.S. military, and prevents the military from asking them about it.