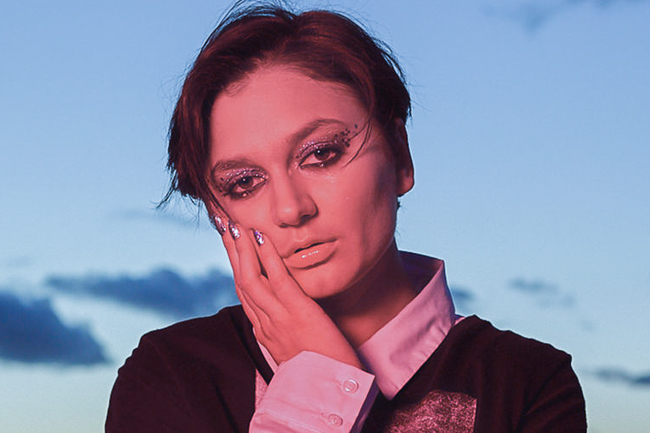 Atlanta Pride announced its 2019 stage lineup on Thursday with acts on three stages during the Atlanta Pride Festival on Oct. 12 and 13.

This year’s bigger draws include two straight allies and a bisexual dynamo, all of whom are powerhouse vocalists.

For singer Daya (top photo), her appearance comes almost exactly a year after making an Instagram splash by coming out as bisexual on National Coming Out Day. She hits Atlanta Pride on Saturday with “Sit Still, Look Pretty,” “Safe” and “Insomnia.”

Also on tap is singer Ally Brooke (second photo). Her anthems and queer-ally vibes run deep, all the way back to her reality-show days as part of the group Fifth Harmony. She lands in Atlanta on the heels of a “Dancing With The Stars” appearance as well.

All three of those acts appear on the Coca-Cola Stage in the Piedmont Park Meadow. In addition to the Heineken Stage at the Pavilion by the Greystone pool, a newer Nissan Stage is set to bring more activity to the nearby Ballpark area.

Annually criticized for not booking larger acts that would draw more people to the park, Atlanta Pride Executive Director Jamie Fergerson says that big names cost big bucks — enough that they’d have to charge festival goers. Instead, the Pride Committee is committed to keeping the festival free for all comers.

“It is important for us to remind everyone, as we do each year, that while many other large Pride celebrations have moved to ticketing portions of their festival, thanks to the support of Atlanta’s LGBTQ community and our sponsors alike, we can stay true to our commitment of keeping the festival and our entertainment free of charge.”

Pride’s announcement is always one of the big reveals of LGBTQ-ATL September. This year, it also comes with crowd-pleasers like the soulful Atlantan Stoni Taylor and his band, Power 96 host DJ Babey Drew, Athens activist and hip hop advocate Linqua Franqa (Mariah Parker), and teen YouTube sensation AJ Mitchell. You can also keep your eyes peeled for the Alabama step crew the Prancing Elites.

A few less-surprising local acts that always draw a long straw are again on the Pride roster. The Michel Jons Band, DJ Mary Mac, Atlanta Gay Men's Chorus and Halcyon are among those. The upstart trans band Exquisite Gender also made the cut.

The committee also rededicates itself to Atlanta's deep bench of drag and burlesque shows. Not only the Starlight Cabaret on Sunday, but multiple other talent showcases dot the schedule.

This year, the festival will once again feature entertainment on the Coca-Cola, Heineken and Nissan stages. All three stages will be filled with a wide range of talent, with offerings to satisfy almost any palate! Including, fresh from his appearance on the Jimmy Kimmel show, MAX, to perennial favorites, the Michel Jons Band, the stages will be hopping all weekend! If that isn’t enough, we’ve got DJ’s, a queer variety show, drag queen story hour and more!

The eclectic array of talent includes singer-song writer, Daya, whose hit “Insomnia,“ is sure to be a part of the set list along with 5th Harmony alum, Ally Brooke who joins us after a stint on Dancing with the Stars. Others include Stoni Taylor and Exquisite Gender.

Closing out the weekend on the main stage, is the Starlight Cabaret.  This show is the LARGEST drag show in the South Eastern United States.  The Starlight Cabaret boasts 25 to 30 drag acts at the top of their craft that live and work in the Atlanta metropolitan area.  Our drag entertainers pull out all the stops with amazing costumes, and fierce productions.  It is an extreme honor to be a part of this show, as each entertainer is hand selected and cast by the co-show directors, Genre Monster and Phoenix.  Thousands of people from all walks of life gather under the stars to witness this hugely anticipated show every year with the main theme being LOVE ONE ANOTHER.  Please join us as the stars come out on Sunday, you never know what you will see!

Another exciting element is the Shooting Stars show! Atlanta has so much drag talent, and just not enough room to house it all under one show.  We believe in showcasing as much talent and entertainment as we can, and there just wasn't enough room in one show, so the Shooting Stars Cabaret was born.  This show gives the opportunity for up and coming drag entertainers in the Atlanta Metropolitan area the opportunity to be showcased during the festival.  It was well received in its inaugural 2018 year, and this year will be even better!  The Shooting Stars Cabaret, taking place late Saturday afternoon on the Heineken stage, features both a hand selected and auditioned cast of 20-25 drag entertainers.

APC Executive Director, Jamie Fergerson, said of the schedule, “Each year, we strive to include talent from across the community, that provides a wide range of entertainment for festival goers.  2019’s lineup does not disappoint!”

She continued, “It is important for us to remind everyone, as we do each year that while many other large Pride celebrations have moved to ticketing portions of their festival, thanks to the support of Atlanta’s LGBTQ community and our sponsors alike, we can stay true to our commitment of keeping the festival and our entertainment free of charge.”

A partial line-up of the Coca-Cola, Heineken and Nissan Stages is included below.   For detailed show times, download the Atlanta Pride Mobile Application available up-to-the-minute programming.