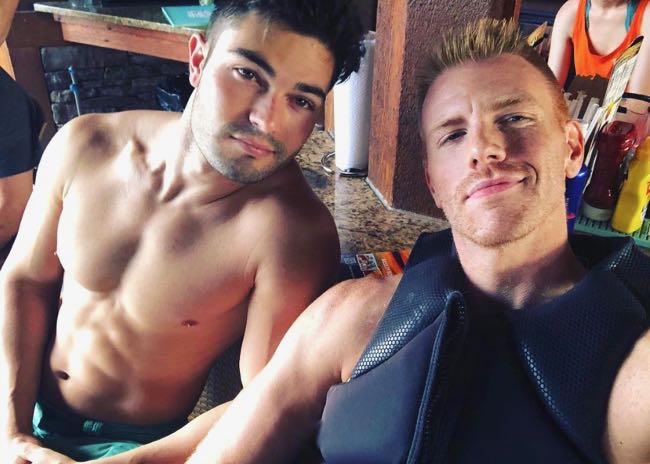 Like some of gay Atlanta, Daniel Newman enjoys a weekend romp at Lake Lanier. But when you're a sexy actor from “The Walking Dead,” fun on the water quickly turns into a social media thirst trap.

It started innocently enough. Newman posted two videos and a photo of him and a hunky new friend enjoying each other's company during a weekend getaway at Lake Lanier. Newman, who grew up in Georgia, now lives in Atlanta. The videos and post received more than 100,000 views, tens of thousands of likes and hundreds of comments.

But with more than 1 million Twitter followers and 300,000 Instagram fans, it didn't take long for the hive to identify Newman's friend as Tanner, one of the most popular models for the amateur sex video site. He appears in 43 scenes.

Tanner doesn't hold back in his work with Sean Cody. When quizzed in one scene, Tanner rates himself as a 12 when asked how dirty he is on a scale of 1 to 10.

For his part, Newman played coy when fans identified his weekend companion.

“Lol. Whoa. I’m amazed you all know him. Love you guys but I don’t talk about my private life,” Newman writes in a social media reply.

Newman came out as bisexual in 2017 and earlier this year, started speaking out against anti-LGBT legislation in the Georgia Legislature. In March, he joined a rally against an LGBT adoption ban passed by the state Senate. In early May, Newman was among 33 people named to Atlanta Mayor Keisha Lance Bottoms' new LGBTQ Advisory Board.