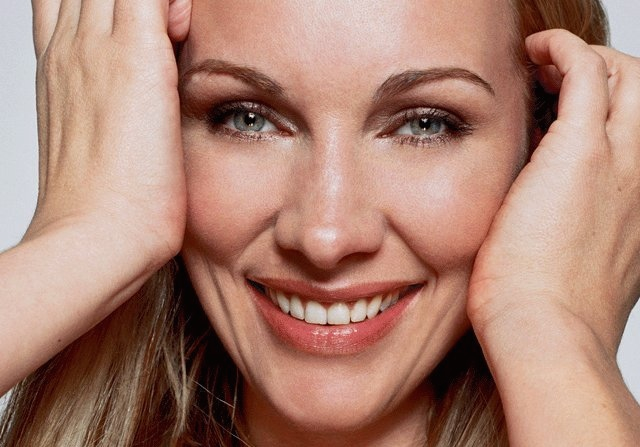 If your gay glory days include dancing free until the morning light in the late ‘90s, Atlanta Pride has your number. The 2014 fest hosts dance-track wonder Amber to try and make “This is Your Night” happen all over again.

Pride’s director Buck Cooke is one of those dancing queens, he says in a prepared statement about Amber’s performance slated for the main stage in Piedmont Park on Oct. 11.

“Amber has one of the most outstanding catalogues in dance music with a slew of songs that topped the Billboard dance charts,” Cooke says. “We are glad she is joining us for Pride and we are excited to hear her perform her biggest hits.

“For many of us, Amber's music was the soundtrack of our coming out process, and that certainly is the case for me,” he adds in the statement. “I am looking forward to hearing ‘Above the Clouds’ and ‘One More Night’ among her other hits.”

For those who moved to her dance floor tracks back then, or to her remix resurgence in the 2000s, Amber adds another pop note to Pride’s already-announced co-headliner Meaghan Trainor. They join a Grand Marshal deluge among official plans released so far.

Stay tuned for more Pride entertainers in the coming weeks. In the meantime, reminisce to Amber’s signature video above, and let Atlanta Pride expound on her appearance in the full announcement released Wednesday.

The Atlanta Pride Committee (APC) is pleased to announce that dance music icon Amber will be performing at the 2014 Atlanta Pride Festival!

Atlanta Pride Committee Executive Director, Buck Cooke, said of the announcement, “Amber has one of the most outstanding catalogues in dance music with a slew of songs that topped the Billboard dance charts. We are glad she is joining us for Pride and we are excited to hear her perform her biggest hits.

Waxing nostalgic, Cooke continued, “For many of us, Amber's music was the soundtrack of our coming out process, and that certainly is the case for me. I am looking forward to hearing ‘Above the Clouds’ and ‘One More Night’ among her other hits.”

A native of the Netherlands and raised in Germany, Amber’s almost two-decade successful US career came as a surprise to the humble artist. When speaking about the smash hit that catapulted her to the top of the US dance charts, making her an instant star in the states, she noted, “I was very excited, but also very shocked as I did not expect anything with a simple dance tune such as ‘This is Your Night.’”

Pride attendees will be treated to that recognizable tune along with a host of others from her four full length albums that will include “If You Could Read My Mind,”  “Love One Another,” “Anyway” and “You Move Me.”

Amber is scheduled to perform on the Coca-Cola Stage on Saturday, October 11.  For detailed show times, download the Atlanta Pride Mobile Application available for iPhone and Android users and visit atlantapride.org for the most up-to-date details on all of our performers.  Atlanta Pride will also release additional talent announcements over the next few weeks and the full schedule and line-up will be published later in September.

About Atlanta Pride: The main purpose of the Atlanta Pride Committee (APC,) a 501 (c) 3 organization, is to promote unity, visibility and self-esteem among lesbians, gay men, bisexuals, transgender and queer persons and to promote a positive image in the Atlanta area and throughout the Southeastern United States through community activities and services.