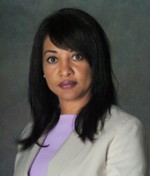 Cynthia Tucker, the gay-friendly and Pulitzer Prize-winning columnist for the Atlanta Journal-Constitution, finds some common ground on both sides of Rick Warren.

The California mega pastor has come under fire from some gay and lesbian activists after President-elect Barack Obama asked him to deliver the invocation at his swearing-in and again this week when news surfaced that Warren will keynote the annual MLK commemorative services in Atlanta.

She builds her bridge from the Christian left to Warren’s evangelical right with a handful of issues, including an obligation to help the needy, being good stewards of the planet and God’s love for all.

Like President-elect Barack Obama, I disagree with many of the views espoused by the Rev. Rick Warren. Pastor of an Orange County megachurch and best-selling author of “The Purpose Driven Life,” Warren vehemently opposes abortion and same-sex marriage. He has gone so far as to compare gay marriage with incest, polygamy and pedophilia, which I find deeply offensive.

But as a member of the Christian left, I would still bow my head for a prayer led by the Rev. Warren (assuming he doesn’t disparage any group in the process). There are some important issues on which we agree, after all: Christ’s ministry emphasized an obligation to help the needy; Christians ought to be good stewards of the planet; and, most important, God’s love is for all.

She also, like some voices in the gay blogosphere, finds the irony in some of the criticism leveled at Obama by gay activists.

Gay-rights activists are outraged that Warren has been invited to give the invocation at Obama’s inauguration, a platform which, they believe, legitimizes Warren’s discriminatory views. Some even seem to think that Obama agrees with Warren’s offensive rhetoric about same-sex marriage.

That’s ironic. Gay-marriage advocates have adopted the same overwrought logic that many conservatives applied to Obama’s relationship with the Rev. Jeremiah Wright, retired pastor of Trinity United Church of Christ in Chicago. How could Obama listen to Wright’s offensive rants all those years unless he agreed with them, they asked.

Among Obama’s several admirable qualities is his ability to sit and converse —- debating, but also listening —- with those with whom he strongly disagrees. That’s why he stands a better-than-even chance of tamping down the harsh partisanship that has dominated domestic politics for the past 15 years. He won’t silence partisans determined to see only differences, but he can forge coalitions of interest with those looking to cooperate where they can.

Tucker also draws on her own experiences as a progressive mind sitting in front of anti-gay pastors to argue that she can listen to those with whom she disagrees and find some hope in their sincere prayers.

In a lifetime of Christian worship —- including a childhood spent in Alabama, among the reddest of the red states —- I’ve sat and listened to countless ministers with whom I disagreed, some railing against abortion and homosexuality, some disparaging the ordination of women, others questioning evolution.

Still, I have usually found their prayers sincere, hopeful and uplifting. Let’s hope Warren can convey those qualities in what will undoubtedly be his most-scrutinized prayer.