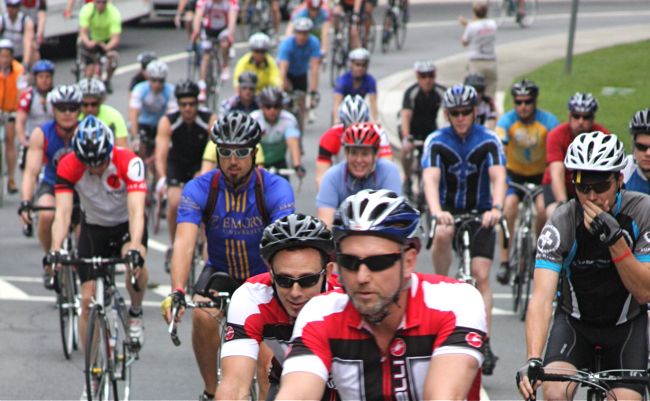 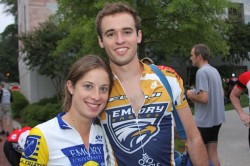 More riders this year hoped to raise more money than ever as they pedaled away from the Emory University campus early Saturday, the start of a two-day, 200-mile odyssey to raise funds for HIV vaccine research.

Awash in a sea of Spandex cycling shorts, the AIDS Vaccine 200 cyclists departed about 7:30 a.m. for their annual trek to Eatonton and back to raise funds for Emory’s Hope Clinic. Since Action Cycling created the ride in 2003, it has raised about $575,000 for the vaccine center. Also benefiting from the ride this year are Jerusalem House and Positive Impact, which kept 25 percent of the total their ride teams raised with the rest of the funds going to the Hope Clinic. 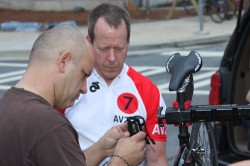 Last year, 85 riders helped raise $175,000 during the AV 200. Some 137 riders were registered for the event this year and fundraising has already reached $184,000 with more donations expected to roll in.

“It was tough to get people going early on, but the donations are pouring in now,” Bret Busch, AV 200’s director this year, told Project Q Atlanta ahead of the event. 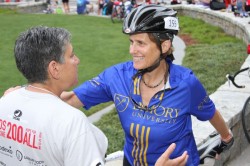 In December, the clinic began enrolling about 120 local men in its portion of the HIV Vaccine Trials Network Lifeforward Study, which is testing a preventative vaccine on 1,350 men in 12 U.S. cities.

If proven, the preventative vaccine could slow the progression of HIV by decreasing the viral load of people already infected. The study will also investigate what impact the vaccine may have on people who become infected during the testing.