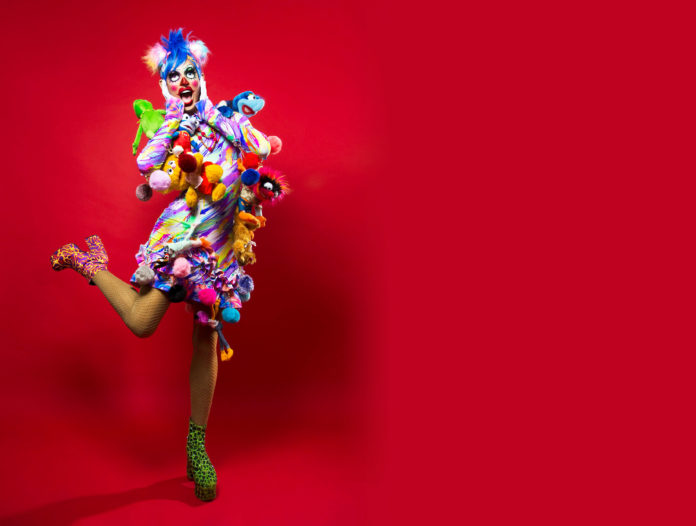 Of the memorable queens on Rupaul’s Drag Race Season 12, perhaps Muppet stuntster Crystal Methyd is the oddest. That makes her perfect for the next in a long line of triumphant returns for Wussy events: The Odd Ball on Saturday at My Sister’s Room.

The appearance proved so popular with ticket holders, organizers created a second show during the party. Ms. Methyd now performs for The Odd Ball at 10 p.m. and 11:30 p.m.

This queen has a knack for making her presence stick. Speaking of which, she’s known for sticking objects to herself, calling it a look and making it work.

On Sunday at City Winery, she sticks Atlanta with yet another appearance to make sure fans remember her long after she’s gone. The busy queers at Wussy also host the Bottoms Up Brunch set.

In honor of her unapologetically weird presence in town all weekend and the way from Springfield, Mo., we round up our favorite Crystal Methyd quotes to set the mood.

“Some say I’m weird, but they’re just lame. Go fix your mug, we’re not the same.”

“She’s always wearing the most amount of accessories, and I really appreciate that in a woman.”

“I need just a table that we can do science on.”

“Jan, can I borrow a condom? I know you’re always safe.”

“I’m a little devil that likes to raise Hell in the Bible Belt.”

“I don’t think anyone with my rap style would be a rapper.”

“Crawled up from the bottom, now I’ve made it to the top! Draw on a big smile, add glitter to make it pop.”