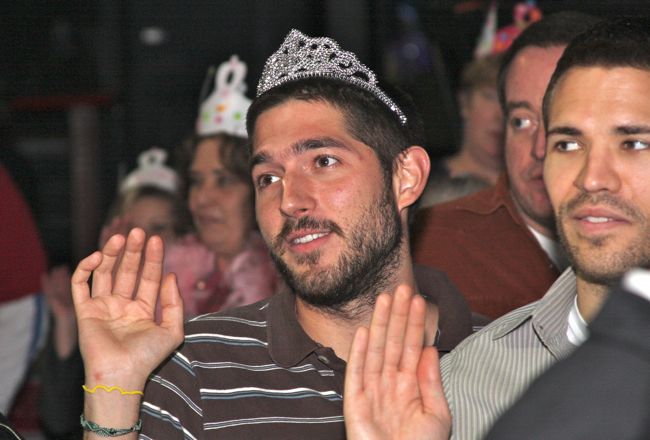 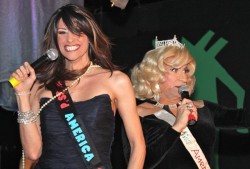 Did someone say pageant? There were crowns galore at Miss’d America Pageant Bingo on Wednesday, enough to inspire TLC to build on its “Toddlers & Tiaras” franchise with a spinoff like “Sashes & Sashays.”

That was the scene for the monthly fundraiser of Pets Are Loving Support at Jungle, complete with real, title-holding pageant winners and queens – and some women – wishing they had. We said tiaras, right? 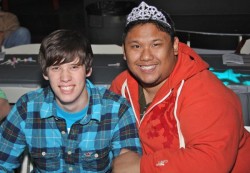 The event, delayed a week by Snowpocalypse, included an opening performance by hosts Bubba D. Licious and Nicole Paige Brooks before jumping into the bingo. Prizes were awarded along the way for best pageant garb.

Now, PALS turns its attention to the 4th Annual Doggies on the Catwalk on Friday. The fundraiser that mixes local celebrities and their pets with student-designed fashions also got bumped a week thanks to the snow and ice. The silent auction opens at 5:30 p.m. with the fashions hitting the runway at 7 p.m. sharp.

Last year’s glam event raised thousands for PALS, which provides pet care for seniors, the disabled and critically-ill across Atlanta.