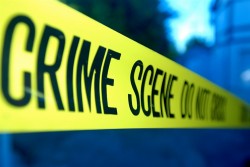 A 17-year-old cross-dressing man fought off an attempted rape after being dragged into the woods Sunday evening in Athens by another man, police say.

The attack unfolded about 6:30 p.m. when a man riding a bicycle started stalking the teen, who was walking in East Athens, police told the Athens Banner-Herald. The man caught up with the teen and dragged him into the woods.

The attacker started to take off the teen’s clothes, tearing his shirt and yanking off his boots; he realized when he stripped off the teen’s pants that the victim was male, too, police said.

The victim fought back, but his attacker kicked him repeatedly, police said.

The man fled when the victim’s phone rang and he crawled from the woods and sat in the rain as police — alerted by witnesses — arrived.

The attacker will be charged with criminal attempted rape and false imprisonment if he’s found, police said.

“It doesn’t matter that (the victim) wasn’t a female,” Athens-Clarke Capt. Clarence Holeman said. “The suspect’s intent was to commit rape.”