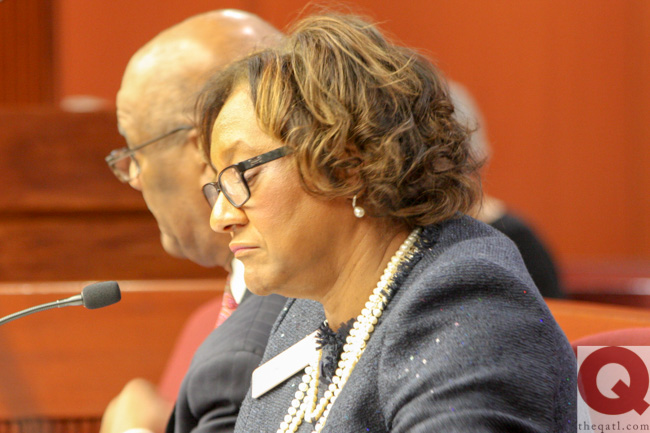 A hate crimes bill that enhances prison sentences for criminals who physically assault LGBT people – and protects several other classes of people – received a hearing in the Georgia House on Monday.

The measure – House Bill 663 from state Rep. Karen Bennett – was vetted during an hour-long hearing before a subcommittee of the House Judiciary Committee. The bill from the Stone Mountain Democrat is one of three hate crimes bills before lawmakers. Senate Bill 316 is a companion bill and was introduced along with it by the Georgia Legislative Black Caucus in early January. The third, House Bill 660, was introduced on Jan. 4 by state Rep. Meagan Hanson, a Brookhaven Republican.

“One of the motivations that we have in this bill is that it sends a message that no crime is acceptable. However, if you're going to go after our citizens because of differences and because of hate that you host in your heart and target certain individuals, we want to send the message that Georgia is not going to tolerate it and because of that we want to impose higher enhanced penalties,” Bennett (top photo) said during the hearing.

Bennett said the bill provides additional tools to prosecutors to “persecute criminals that provide offenses in this area.”

“No doubt that these types of criminals and offenses occur but without a law on the books, they are limited in terms of the power and authority they have to actually persecute individuals based on a hate crime,” Bennett said.

“Passing LGBT inclusive hate crime legislation is an important step in the right direction in terms of protecting all Georgians from violence and ensuring that our state's reputation as a good place to visit, live and do business remains intact,” Graham said.

Religious conservatives spokes out against the legislation, airing concerns that it could be used to turn their anti-LGBT views into crimes.

“The focus of crime legislation needs to be on the act itself and not on criminalizing beliefs. You see hate crimes legislation seeks to criminalize beliefs as well as actions, creating in essence a form of thought crime,” said Mike Griffin, a lobbyist for the Georgia Baptist Mission Board.

“It eventually ends up being an opportunity for individuals to begin punishing Christians who just simply may just peaceably be able to voice their moral opposition to various sexual behaviors not in any way intended to harm anyone whatsoever. Just being able to express one's biblical beliefs can eventually, we're concerned, that ends up being hate and it has been said that that's what it is and it's not,” Griffin added.

“While the bill might look good on the surface because nobody likes hate crimes, it does violate the Constitutional concept of equal protection under the law,” Ditty said.

“When considering H.B. 663, I do believe that it plays into the false narrative that there is a hate crimes epidemic. The data does not support this claim,” she added.

Paul Smith – the founder of Citizen Impact, which advocates for “religious freedom” legislation and against same-sex marriage – also argued that the legislation could be used to silence anti-LGBT pastors.

Georgia is one five states in the U.S. without a hate crimes bill.

Former Sen. Vincent Fort, who sponsored the original legislation, later tried and failed to pass another hate crime measure in 2007. Fort joined with Sen. Nan Orrock and former Mayor Kasim Reed – then a state senator – to propose the bill on the 10th anniversary of the Otherside bombing. The Midtown gay bar was bombed by Eric Robert Rudolph on Feb. 21, 1997.