Creative Loafing’s got a beef with lesbian foodie 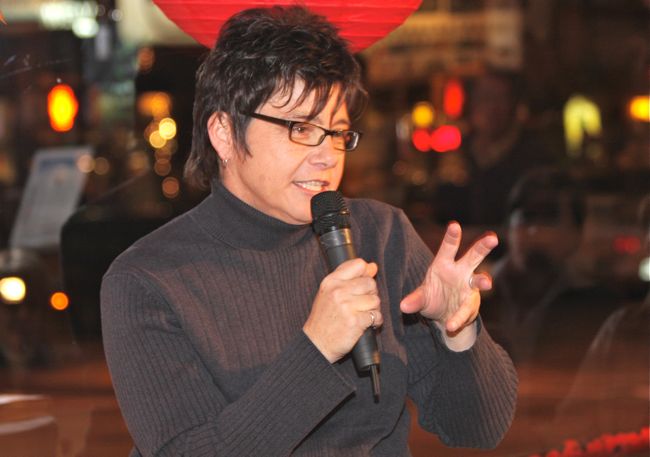 Atlanta-based lesbian foodie, hurricane chaser and New York Times bureau chief Kim Severson is no stranger to critics of her work. But now she’s facing some friendly fire from Creative Loafing. CL’s music editor, Rodney Carmichael, was none too pleased with Severson’s Nov. 25 piece celebrating Atlanta as “a center of black culture.” True enough, Carmichael admits, but the story “struck me as a serious case of the Rip Van Winkles” he writes in a deconstruction of the piece published on Monday. In other words, what most Atlantans have known for years – that the city is a hotbed of black entertainers, black wealth and such a draw that it attracts the largest Black Gay Pride celebration in the U.S. – just made news because Severson, a recent transplant to Atlanta, and the New York Times proclaimed it so.

The worst offense is not just that all of the above was true five years ago (back when Perry established Tyler Perry Studios), or that most of it was documented ad infinitum during the last decade and a half (when Jermaine Dupri was still relevant); but that it was written in that clueless carpet-bagger tone New York transplant Severson's been guilty of before.

It’s not the first time CL has aired its beef with Severson (photo). On Tuesday Severson, who pitched her bestselling book to a crowd at Outwrite earlier this year, fired back with the sweet gooey Southern charm you wouldn’t really expect from a New Yorker.

Thanks for the smart analysis. Getting called a carpetbagger's not the worst thing people have said about me.

Aww, thanks Kim. I meant it with the best intentions. Hit me sometime, I'd love to show you my Atlanta.

All in a day's work for Severson, who came under intense criticism from religious conservatives earlier this year for a piece she penned on Chick-fil-A. They blamed her for ginning up the controversy about the Atlanta-based chicken chain’s anti-gay actions and using the reference “Jesus chicken.” Never mind the millions Chick-fill-A delivers to anti-gay groups and its own WinShape Foundation that doesn’t want LGBT clients.