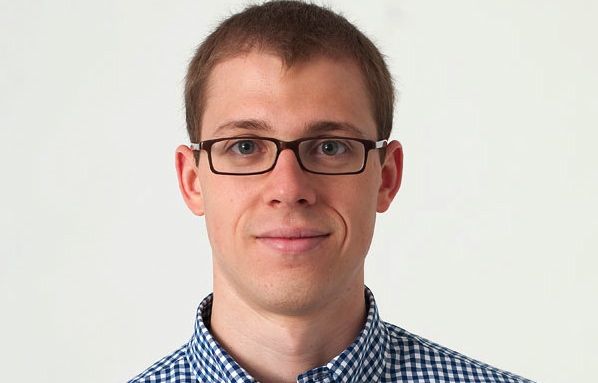 As Mayor Kasim Reed continues spinning his wheels on — excuse me, wrestling with — gay marriage, Creative Loafing isn’t waiting any longer. The publication put the “alt” back in “alt weekly” by gay marrying a Republican. At least he’s cute.

The newspaper enlisted young GOP operative James Richardson (photo) to talk about Kasim’s gay problem. The Loaf has never been shy about covering LGBT issues and at one time, even employed a part-time blogger to cover gay issues. So it’s curious that they took on a Republican who counts Erick Erickson among his friends to pen a takedown of Reed, a popular Democrat who is Obama’s top surrogate in the South.

For his part, Richardson is pretty adept at romancing progressive publications. He gay married Interstate Q back in 2008 and curries favor with others thanks to arguments in favor of gay marriage, adoption and other LGBT issues. And though he may delight in painting Reed as watching his bigger political ambitions wash down the drain, his analysis of the mayor’s political pickle on gay marriage is pretty accurate.

Even as opinion surveys confirm Democrats overwhelmingly supporting gay marriage, cross tabs find it weathering opposition from black and independent voters. Spurning the position traditionally held by Southern black voters on marriage is fundamentally a losing proposition for a pol like Reed, whose path to victory lies primarily through this group should he take the federal plunge.

Both hallmarks of Democratic base politics, the two constituencies have become competing centers of gravity in the debate over marriage equality. Which one Reed satisfies will be a greater reflection of the man’s political aspirations than his politics.

Curious about Richardson’s pro-gay policies in the party of “No Homo” – and his knack for wearing pink shirts — I reached out to the Atlanta resident, who is currently vice president of public affairs for Hynes Communications. That’s the firm headed by former John McCain adviser Patrick Hynes. (You know, the McCain that was gay-friendly before he wasn’t.)

Since it’s not a great leap to consider that a young, gay-friendly Republican who’s not Meghan McCain might be gay, I asked. After all, the Loaf piece is much more interesting if it’s written by a young, gay, Republican operative.

Richardson didn’t want to chat about that.

His piece came two days before Reed sat down with LGBT activists to discuss his position on same-sex marriage. Nothing came of the closed-door meeting, but apparently Reed likes talking about it. He’s considering another chat session in July, LGBT politico and candidate Ken Britt tells the GA Voice.

“The mayor had a productive meeting and he looks forward to further discussions with the LGBT community,” Reese McCranie, Reed’s gay deputy director of communications, told me in a later email.

Less talk, more evolving. If the Loaf can gay marry a Republican, it’s about time for Reed to endorse same-sex marriage. Didn’t he get that from Obama during the presidential campaign stop this week?