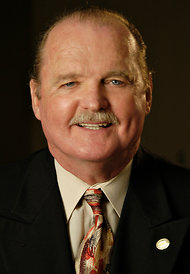 An obituary in the New York Times always means you were somebody. But when it leads with “fought a losing battle to discriminate against gay employees,” it’s not so flattering. Gay Atlanta, especially one woman, remembers it all too well. Cheryl Summerville, a cook at one of the chain's metro Atlanta outlets, was among 16 employees fired in 1991 when founder Danny Evins (photo) issued an edict to rid Cracker Barrel Old Country Store of workers “whose sexual preferences fail to demonstrate normal heterosexual values” because they made rural locations of his country-cooking restaurants uncomfortable. “There’s never a good reason to lose your job,” Summerville tells Project Q Atlanta a day after Evins death made the Times. “But losing my job because I was me, not because of bad performance or any other reason, but me as a human being, was incredibly painful.” Evins died in Tennessee on Saturday at the age of 76, more than 20 years after his most memorable accomplishment, or failure in this case, which was a tooth-and-nail battle to hold tight to his bigotry. Then as today, it’s still legal to get fired for being gay in Georgia – something we’ll fight again this year – but with the support of the ACLU and a slew of big-money Cracker Barrel shareholders and after 12 years of protests and boycotts in gay Atlanta and across the country, the company added sexual orientation to its non-discrimination policy in 2003. It was 12 years well spent for Summerville, who says that community support and the personal connections she made changed her life for the better. “I would never gloat over anybody’s death,” Summerville says. “But that it was the first thing in his obituary shows what a big deal it was. The main thing I remember is that it was a really horrible time, but that in the very end it ended up being one of the best things that ever happened to me because I met so many great people." Summerville became the face of the case and was named grand marshal of the Atlanta Pride parade in 1991, which carried the theme “Be There, Be Aware, Be Counted,” a lesson she had only recently learned. “I had never been really politically involved before that,” she says. “It did a whole lot of growing up for me.” Through Cracker Barrel actions, she met the gay Atlanta man who would become the sperm-donating father of her child, and she became the circulation manager for Southern Voice for nearly 20 years. “I got my daughter because of it, I went to work for Southern Voice, and for such a bad, painful thing, it had a good outcome. Not only was it a winning situation for making [Cracker Barrel] turn around, but a win for my entire life,” Summerville says.