Cowtippers to remain open thanks to outpouring of support 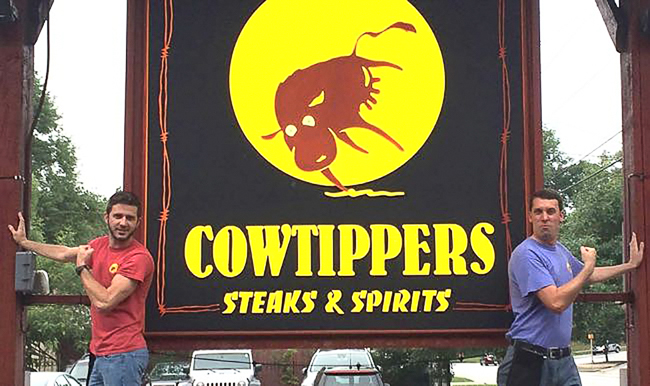 The mix of drag queens and an outpouring of LGBT support has helped convince the owners of Cowtippers to keep the long-running steak and spirits restaurant open – nevermind that closing party a few weeks ago.

“The outpouring of support continued here at Cowtippers and we decided to continue to keep our doors open for the foreseeable future,” a representative for Metrotainment Cafes told Georgia Voice.

A spokesperson for Metrotainment, which owns the Midtown restaurant, could not be reached Tuesday by Project Q Atlanta. Cowtippers, which opened in 1993, announced in January that it would close on Jan. 28 – a surprise to longtime patrons.

“Metrotainment Cafes still owns the property and we are weighing several options including selling the restaurant and property. In the interim, we will use the space for private events handled by our catering company, Epic Events. We are thankful for the many years of patronage from Atlanta and looking forward to continued success with our other concepts as we continue to grow in this city,” Metrotainment CEO Jeff Landau said in a statement.

But a closing party with queens and an outpouring of support convinced Metrotainment to keep the place open – and push back the closing date to Feb. 18.

“Due to overwhelming response from the community, we have decided to extend our closing celebration thru February 18th! This will give everyone another chance to say goodbye to Cowtippers, as well as give us a little more time to place staff in our other restaurants. Thank you for all the support, hope to see you soon!”

Now, that Cowtippers closing is pushed back – indefinitely.

UPDATE | A Metrotainment spokesperson confirmed to Project Q that Cowtippers will remain open.

“The outpouring of support continued here at Cowtippers and we decided to continue to keep our doors open for the foreseeable future.”