Cowtippers may be closed, demolished to make way for bank 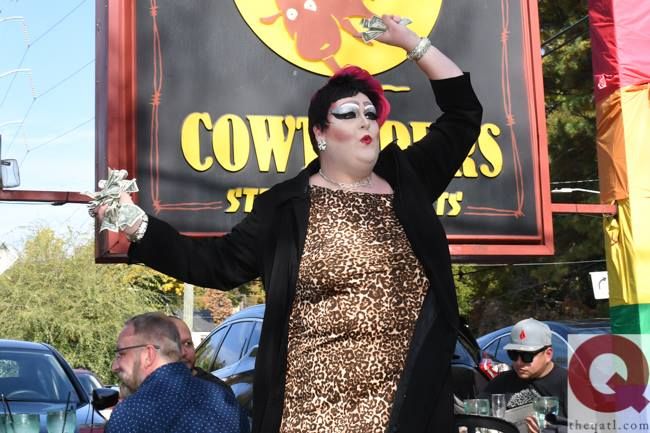 Here we go again. Cowtippers – the iconic LGBTQ popular restaurant once slated to close earlier this year – may close for good, be torn down and replaced by a Chase Bank branch.

Tomorrow’s News Today reported that “an applicant working on behalf of Chase Bank” appeared before the Beltline Design Review Committee earlier this month to propose plans to construct a new bank branch to replace the restaurant near the corner of Piedmont Avenue and Monroe Drive.

“The scope of work includes the demolition of the existing building, and the construction of a new 3,470 SF Chase Bank building with 28 parking spaces on a 0.66 acre site.”

The applicant also reportedly asked for at least one variance to accommodate the bank.

Metrotainment Cafes – which owns Cowtippers and several other restaurants popular with LGBTQ Atlanta – announced the closure of the restaurant in January. The property was going to be sold to make way for the construction of a high-rise apartment building, Tomorrow’s News Today reported at the time.

But Metrotainment said an “outpouring of support” convinced them to delay closing the restaurant. In February, they said it would remain open “for the foreseeable future.”

A representative for Metrotainment told Project Q Atlanta on Wednesday that nothing is a done deal.

“I spoke with the CEO last week and he informed me that no decisions have been made or finalized at all,” said Metrotainment spokeperson Tori Allen. “The property is for sale, and has been, but nothing has been finalized or decided.”

Cowtippers celebrated its 25th year in business this year.