Could this petition get gay marriage in Georgia? 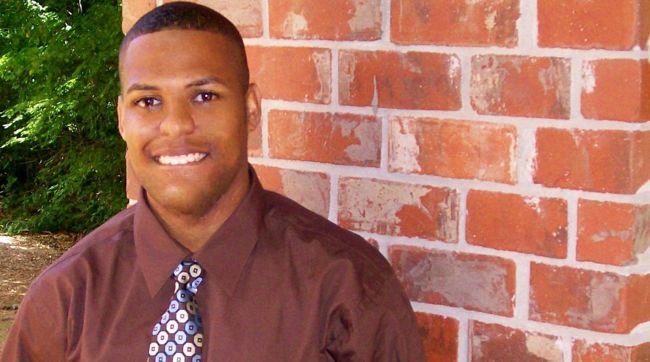 Branden Mattox (photo) launched Repeal GA's Marriage Ban in 2014 three weeks ago, hoping to gather 5,000 supporters. He's got 519. The effort makes an economic pitch for gay marriage to a handful of Georgia politicos, many of whom already support marriage equality.

1.      Economic boost: 14 states by October of 2013 have removed their discriminatory barriers to marriage for LGBT couples and have economically benefited.  ME: +$7.9 million per year. NY: +$259 million one year after legalization in New York City alone. MN: est. +$42 million over three years. DE: +$7 million. WA: +$88 million. GA’s current status on marriage equality causes it to suffer financially in this increasingly competitive environment for equality in relation to choices for relocation of businesses and transplants.

2.      Simplicity and Respect: It would settle a vast array of confusion. After the SCOTUS decision in June of 2013, married couples living in Georgia but officiated elsewhere must live in a state of confusion and invalidation with respect to their marital status and the 1138 federal benefits and hundreds at the state level which are conferred upon it.

3.      The cost of discrimination: While GA cannot currently enjoy the positive economic impact of marriage equality because of its policies, it suffers a $700 million deficit.

4.     The  damage to LGBT Couples in dollars and cents:  New York Times reporters Tara Siegel Bernard and Ron Lieber reported that when states hold LGBT couples as single, the couple's average lifetime expense was an increase of $467,562 (nearly a half million) as opposed to heterosexual married couples due to taxes, insurance and legal maneuvers in order to attain rights, benefits and protections as close to parity as possible. Even then, disparities existed which can not be remedied outside of equal marriage.

Mattox wants marriage in Georgia and he wants it now. OK, at least by next year. But without recognizing that it'll take money. And lots of dead people.

While Mattox preaches to a choir that includes the state's three lesbian lawmakers — Karla Drenner, Simone Bell and Keisha Waites — and the Democratic Party's recently evolved chair DuBose Porter, another gay marriage petition targeting Republicans is struggling to gain more than 100 supporters. Jake Walker, a gay man from Crandall, Ga., made an enthusiastic pitch that's notched 107 backers of the 10,000 he wants.

Not quite the tsunami of support needed to push slowly changing poll numbers showing growing acceptance for the idea of gay nuptials in Georgia. Jersey's got us beat on this one.