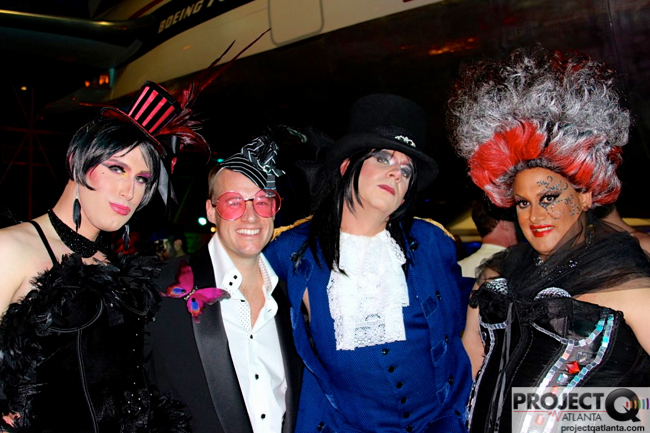 Literally translated as “Night Circus,” the first stab at something new was still a costume drama, but gone were the formal-only and attendance-hindering rules of years past at the Delta Heritage Museum Hanger on Saturday. The avant-garde circus theme brought out a plethora of interpretations on all comers, including more female guests than ever. Guest attire went from “Nailed It” to “I Don’t Get It” to “Fuck It I’m Wearing This.”

The result? Fun was had by all. Circus performers including clowns, stilt walkers and aerialists and music by DJs Mike Pope and Todd Skelton kept the crowd entertained. There were also munchies and flowing cocktails, plus a VIP lounge with special guests gay playwright Del Shores and gay HGTV designer John Gidding.