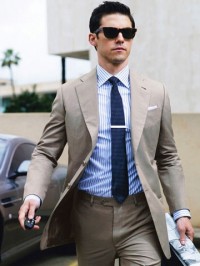 Gay corporate drones toiling away in your “Dilbert”-like existence, consider this: Your Atlanta employer may not like you as much as you think.

Or it could be that the corporate behemoth that makes you wear that Armani power suit and overpriced tie is too busy to be concerned with the International Gay & Lesbian Chamber of Commerce. The gay business group released its list of the most gay-friendly corporations and law firms on Thursday. Of the 25 included, just one has its HQ in Atlanta and that’s a bit of a stretch.

How’s that for the gayest city in the U.S.?

With the likes of international power tops including Coca-Cola, Delta Air Lines and United Parcel Service all with headquarters in metro Atlanta, we’re a little surprised our city didn’t fare better in the report. After all, those three companies – along with eight others also in Atlanta – score a perfect 100 on the Corporate Equality Index from the Human Rights Campaign Foundation. 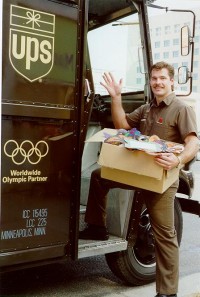 Here’s the rub, though. More than 300 businesses take part in the HRC report, while the IGLCC’s Business Equality Index includes a slim two-dozen. Of those, the Netherlands-based ING came in at 21 on IGLCC’s rankings and that’s the closest Atlanta gets. ING’s North American headquarters is in Atlanta and that branch of the company also scores a perfect 100 on HRC’s most-recent rankings.

The IGLCC’s top five: IBM, Google, BT Group, Morgan Stanley and Cisco Systems. The rankings are based on diversity and inclusion, sexual orientation and gender identity policies and practices, supplier diversity, and marketing and community involvement.

Now, gay corporate drones, get back to work. Your corporate overlords are probably spying on your internet browsing right now. And don’t flirt with the sexy UPS delivery person, either. Big Brown may not like the gays as much as you do.