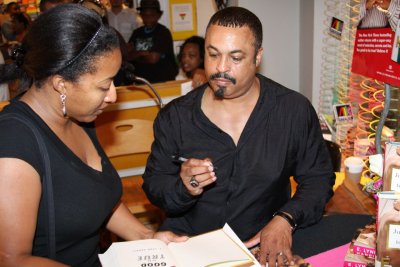 Harris died on July 23 while on a business trip on the West Coast, but a cause of death was not known. The author, in Los Angeles to discuss the sale of television rights to his books, fainted earlier in the day but became ill a second time, according to the Atlanta Journal-Constitution.

Ed Winter, of the L.A. coroner’s office, which conducted an autopsy, said Harris died of a heart attack, brought on by “hypertensive ateriosclerotic cardio-vascular disease.” He said there were no other contributing factors, other than a history of diabetes.

A memorial for Harris is scheduled for Friday in Philadelphia. A second service is being organized for Atlanta sometime in August, according to Harris’ website.