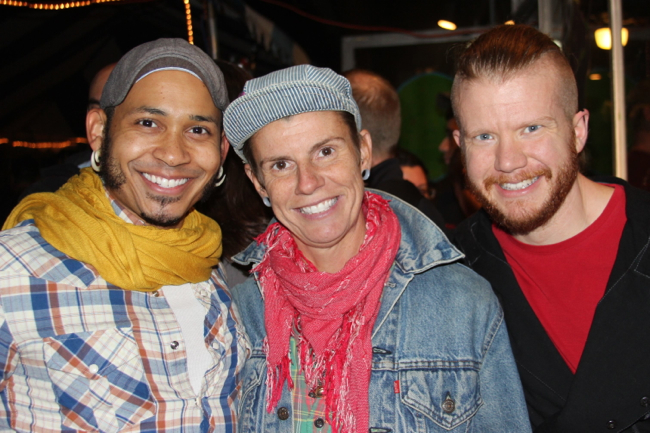 Booty shaking did go down, but despite the name, no pants were actually doffed at the annual Pants Off Dance Off anniversary party for the lesbian-owned eatery Ria’s Bluebird. It was better. Can you say rib cookoff?

Hell, yes. And when the ribs are prepared by contestants from the likes of Rathbuns, Fox Brothers and Krog Bar, you’ve got yourself a perfectly pitched throwdown, Southern-style. It’s something the gay men and women, straight people, and pretty much everybody else in these parts can get into. They did.

Chef Ria Pell herself reigned over the Sunday night crowd under canopies outside her breakfast hotspot on Memorial Drive. She started the restaurant on Memorial Drive 12 years ago, and the Pants Off Dance Off has become a tradition. Pell is also the mastermind behind the comfy-chic dinner spot Sauced.