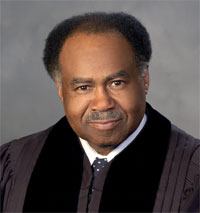 The Georgia Supreme Court on Monday unanimously upheld the murder conviction and life prison sentence of an Alabama man who took part in the brutal 2002 slaying of a gay travel agent in his Buckhead condo.

The decision came just four months after the court heard arguments from attorneys for Joseph Hall, Jr. that he received ineffective counsel during his trial in 2003. His appeals attorneys argued that Hall’s trial attorney also didn’t take steps to introduce evidence to support Hall’s contention that he killed David Cook in self-defense.

A unanimous court rejected those arguments and upheld the sentence of life in prison plus 33 years for malice murder, aggravated assault, theft by taking and credit card fraud. Hall’s partner in the crime, Edward McCloud, received the same sentence and the state Supreme Court upheld it in 2008.

The evidence at trial “was sufficient to authorize a rational trier of fact to find appellant guilty beyond a reasonable doubt of malice murder, aggravated assault, theft by taking, and financial transaction card theft,” Justice Robert Benham (photo) wrote in the unanimous opinion published Monday.

Hall and McCloud, who were in 18 and 21 at the time, traveled on a bus from Montgomery to Atlanta in April 2002 and met Cook, who took them to his high-rise condo near Lenox Mall to “party and have sex,” according to court documents.

During a trial in 2003, Hall said that he was high on cocaine and watched Cook and McCloud have sex. But when Hall rejected Cook’s sexual advances, Hall stabbed him more than 20 times in a rage triggered by childhood memories of seeing his father stab his mother to death.

Hall testified that McCloud cut Cook’s throat and wrapped his head in a pillow case and towel. After tying his hands and feet with a cord and shirt, the pair took Cook’s car and credit cards and returned to Alabama. Cook died from at least 36 stab wounds that punctured his lung, larynx and neck artery, according to court documents.