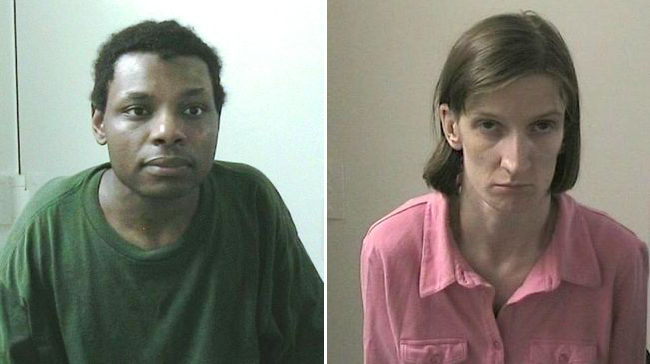 A Georgia woman convicted of killing her husband's live-in boyfriend by shooting him in the head and scrawling anti-gay slurs on his body will remain in prison. The state Supreme Court on Monday upheld her murder conviction and life sentence.

But in an appeal to the state Supreme Court, Donna Slaughter argued that her conviction on charges of malice murder, felony murder based on aggravated assault, concealing the death of another, felony tampering with evidence and possession of a firearm during the commission of a crime was based on insufficient evidence. 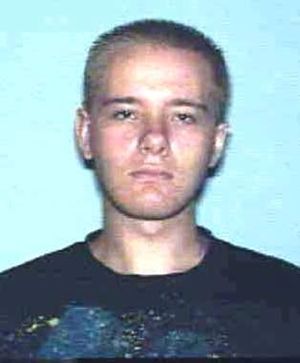 A unanimous court swatted that down in a decision released on Monday:

In today’s opinion, written by Justice Robert Benham, the high court disagrees, finding the evidence “was sufficient for a rational jury to find appellant guilty beyond a reasonable doubt of the crimes for which she was convicted.”

The Supreme Court also rejects her argument that the trial court erred in failing to declare a mistrial when the jury heard, during the replay of her videotaped confession, a GBI agent ask her if she had submitted to a polygraph exam and her reply that she had. The tape was stopped at that point, and the judge instructed the jury to disregard the reference to the polygraph. Although there was no mention of the polygraph’s results, her attorney argued she was entitled to a new trial because it was likely the jury inferred that she had passed the test, i.e. the statements she made in her confession were true.

“This Court, however, has held the fact that the jury is apprised that a polygraph test was taken is not necessarily prejudicial if no reference to the results of the test is made,” today’s opinion says. “Appellant has failed to show that a mistrial was essential to her right to a fair trial, especially here where the trial court gave an immediate curative instruction admonishing the jury to disregard the reference to the polygraph test. Accordingly, this enumeration of error cannot be sustained.”

The brutal killing played out in the Slaughter's trailer and a misstep by Jason Slaughter helped unravel the crime for police, according to media reports and a summary provided by the state Supreme Court.

On May 7, 2010, a man’s body was found on the side of Butler Mill Road in Macon County, spotted by a school busload of children. The victim had been shot in the back of the head, and the words, “Fag,” “KKK,” and “Hell” had been written on his body. But it otherwise contained no identification. Law enforcement canvassed witnesses in the area, and one resident said he had seen a small red truck stop on Butler’s Mill Road, which struck him as odd. In an attempt to identify the victim, law enforcement also released sketches and limited information to various media outlets.

Jason Slaughter led police to him and his wife.

On May 12, Jason Slaughter contacted police and said that he and his wife believed the victim could be their roommate whom they had not seen since May 1. Detectives went to their home in rural Marion County where they observed a small red truck on the side of a nearby shed that was partially obscured by wooden boards. During the initial interview, the couple said they believed Haegele was gay and a male prostitute, and that he frequently hitchhiked to Columbus. He was not permitted to drive the truck, Donna Slaughter told investigators. According to prosecutors, Jason Slaughter and Haegele had met on line, and Haegele had moved from St. Louis, MO to be with Jason. During a search of the Slaughter’s home, detectives found notes and letters that appeared to depict a romantic relationship between the two men. Police also recovered a $500,000 insurance policy in Haegele’s name that listed Jason Slaughter as the beneficiary. Prosecutors claimed that after failing to make sure there was identification on Haegele’s body, Jason Slaughter called police because he otherwise would not have been able to collect on the insurance.

Police arrested Jason Slaughter on May 13. While initially, Donna Slaughter said she had no knowledge about Haegele’s death, she confessed to the crime in a videotaped statement that was later played for the jury. She said she had killed Haegele due to jealousy over his relationship with her husband, and she pleaded with the detective to believe she had shot Haegele. In a reenactment of the crime, she told police that she had retrieved the gun from her bedroom and loaded it with one bullet. She then entered the living room and knelt down behind the couch where Haegele was sitting and shot him in the back of the head. She then pushed him to the floor and, with her husband’s help, loaded his body into a large plastic storage container to avoid blood stains. She told police she hit Haegele’s hands, knees, ankles and back with a hammer to make it appear Haegele had been beaten. And she wrote epithets on his body to deflect from her husband and herself as they were an interracial couple. She then cleaned up the floor in front of the couch with a rag and a bucket of water and bleach. She and her husband waited until nightfall, then loaded the body into their small red pickup and drove out and dumped it about 30 miles away on the side of the road near the Marion-Macon county line. Donna Slaughter told police that she and her husband threw the gun, hammer and plastic container in dumpsters, but they apparently were taken to a landfill and never recovered. At trial, the medical examiner confirmed that the bruises on Haegele’s body could have been caused by a hammer, and the cause of death was a “gunshot wound to the head with perforations of [the] skull and brain.”

The investigation into Haegele's killing helped police link Jason Slaughter into an unsolved killing in Delaware. Slaughter had taken out a $250,000 insurance police on Christopher P. Masters, a 22-year-old man shot in the back of the head in December 2007 in New Castle County, Del. Authorities in Delaware later indicted Slaughter for Masters' killing.

After Slaughter helped his wife dump Haegele's body, but before Slaughter helped identify the body to police, he lay on the bed in Haegele's room and recorded himself speaking to man he helped kill, according to the Ledger-Enquirer.

"He was speaking to him on the 8th, the day after we found the body," Daniel said. "He's speaking to the spirit of Michael Haegele … laying in the guy's bed, saying, 'I miss you' and 'If you can move with us, we'll get another house, and you can come with us, but if you can't move, I'm going to stay here.'"

At one point Jason Slaughter set the recorder down and said, "Maybe you can say something that the recorder can hear but I can't hear," Daniel said. Then he let the device record for 10 or 15 minutes for a response.

Despite this odd conduct on May 8, Jason Slaughter continued to pretend he did not know for sure whether Haegele was the unidentified body he called authorities about on May 12.