Condoms get a little less irritating at AIDS Walk 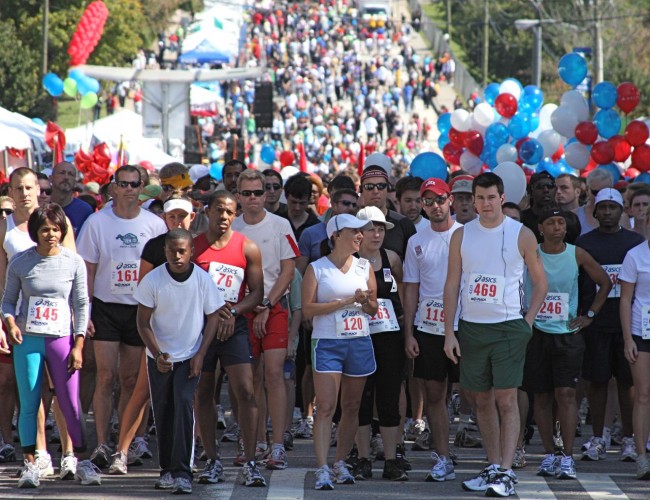 The answer to that itchiness, dryness and even burning you might feel during those, um, intimate times with your man of the moment might just be in Duluth and not the doctor’s office.

That’s where you’ll find the creators of Envy, a condom that unwraps a new latex promising to cut down on the allergic reactions that sometimes trouble latex users and prompt them to avoid the irritation by not using condoms.

Hardly the type of innovation you’d expect from Duluth, a suburb some 30 miles northeast of Atlanta.

But you get a chance to put your hands on Envy – yes, literally – Sunday during the 19th Annual AIDS Walk Atlanta & 5K Run. That’s when Vystar will be handing out Envy, the Alabama-made condom manufactured with Vystar’s natural rubber latex that drops the proteins causing an allergic response to nearly undetectable levels. 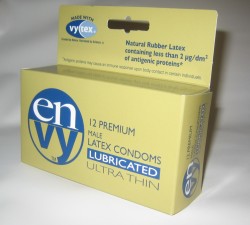 The condoms are part of the batch of 10,000 that Vystar is donating to AID Atlanta, the walk organizer, to distribute as part of its HIV education efforts. So if you unroll Envy and still have that itch and burn, chances are it’s not the latex.

“We knew that people who had problems with latex really had problems with the proteins in latex,” says Vystar CEO Bill Doyle. “We looked at a way to cap off and remove those proteins as raw materials so the latex can be used. Condoms are a big part of it. People see a condom irritation and they aren’t sure if they have an STD or what the problem is.”

With their recent approval in hand from the U.S. Food & Drug Administration, Vystar is now ready to unveil the condom. The AIDS Walk, which Doyle has taken part in for several years, provides a great opportunity to begin educating people about Envy, he says.

But the challenge – similar to the one faced by HIV prevention experts at AID Atlanta and other agencies – is how to market the condom and make it sexy. So Vystar went with a tagline of “enjoy the feeling of Envy” and touts its ultra-thin appeal.

“How do you make it sexy? It’s our newest challenge,” Doyle says. “When you start to look at the number of teams out there at the AIDS Walk and how they’ve raised money, you know you are going to be marketing this to college students, gay, straight, male, female. It’s a matter of how you deliver the message of condom irritation, the association with protein and how we’ve been able to remove that – all with using the approved terminology from the FDA.”

But really, it could be as simple as this: Who wants to be irritated during sex?