Condom Couture: Rubbers for a cause, but make it fashion 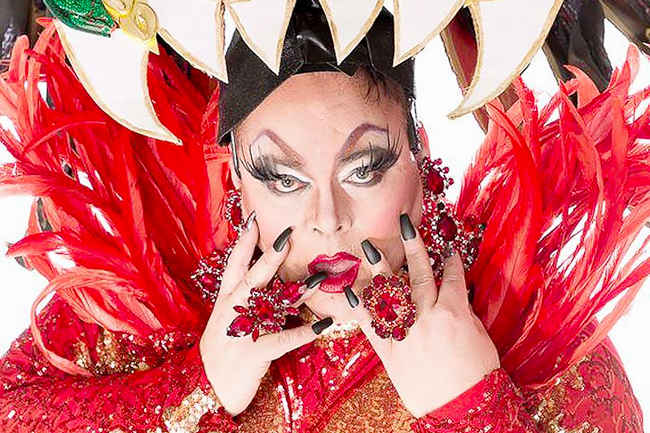 When fashions strut the runways in colorful, masquearade-themed looks this weekend, it does so to benefit Planned Parenthood Southeast.

The organization is on the front lines of its ongoing efforts against Georgia’s anti-abortion law and the anti-woman stances of the Trump/Pence administration, and to provide safe and affirming healthcare to women around the state.

Style and sister support would make the event worth a mention on their own, but when it's as queer-inclusive as this, we are all in.

Each and every look is made of condoms promoting safe sex.

The designers are LGBTQ-inclusive, and so are the models.

Looks are presented in every shape and size.

One of the performers is by Atlanta’s own drag fave Nicole Paige Brooks. 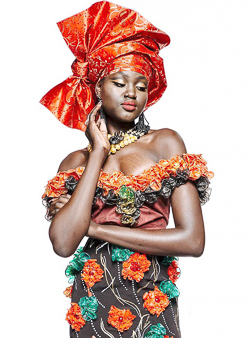 Consider it like the ultimate unconventional materials challenge, with underlying messages that are just clear, says Cathleen Madrona, co-founder of Condom Couture.

“Our ‘why’ is to spark a dialogue on the importance of Planned Parenthood care in our community, to promote body inclusivity and sex positivity, and to protect human rights,” Madrona says. “Condom Couture ATL is an opportunity to creatively present condoms in an inclusive social event.”

To that end, photos on this page hint at the fun, plus here are five fast facts.

More than 1,000 condoms went into designing spectacular garments on a carnaval/masquerade-themed runway. 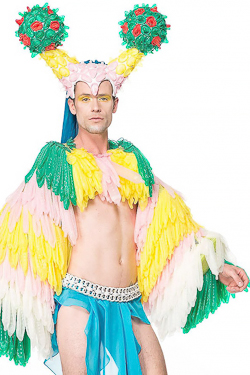 You in festive attire of course. But in addition to Nicole Paige Brooks on stage, look for designs by 14 LGBTQ-inclusive artists, including transgender gadabout and drag performer Mo’Dest Volgare on the runway.

The queers just keep on coming as femme burlesque goddess Royal Tee works the crowd. Comedian Annie Lockwood is in the house, too.

Because in tough times, it’s all about intersectional support, and we have to stick together.

Between, beside and beyond the binary come those people who identify outside the traditional male and female roles and expectations.
Read more
Q magazine

The impulse to hop the marriage train has been in full force in some LGBTQ circles for five years, but a growing chorus of...
Read more
Q Advice

Ghosting, shaming and being mean when you’re just not that into it

Q: I had sex with this boy, and it was fine. With booze and whatever other circumstances, I was attracted to him in the moment,...
Read more

The coronavirus pandemic has forced the cancelation of this year’s AIDS Walk Atlanta – the event's 30th anniversary – but that hasn’t stopped fundraising...
Read more
Q Events